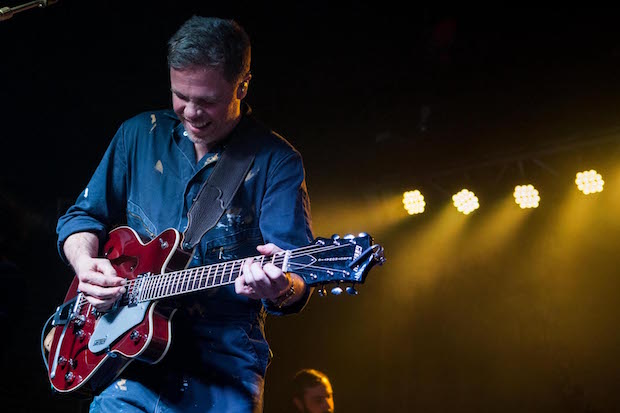 On the back of what was another incredible week of music in Nashville, we went to see singer-songwriter and folk hero Josh Ritter & The Royal City Band at the Cannery Ballroom, and found out that there’s nothing better to do on a Saturday night after a week of great music than go see Josh Ritter.

If you were one of the many who missed this packed show, we have a full review below with some amazing photos from Lauren Hanson so you can find out why we had so much fun.

There’s something extraordinarily special about a concert in which you can actively feel the excitement and love the audience has for the artist they are seeing. Too often, especially in a town like Nashville where there are so many shows, it seems like people are just there for something to do, to drink beer and check people out, or to see and been seen. And too often the bands are tired too, which, as a musician myself, I totally get. Touring is hard and getting harder, and it’s tough walking out on stage in front of an audience that could react to you with various and volatile extremes of apathy.

Walking up Cannery Row Saturday night though, I immediately got the sense that this might not be a factor here. Josh’s name was already buzzing on the lips of the people waiting in line and filing into the Ballroom, and they all seemed excited and legitimately happy to be there. And that makes sense; Ritter has been doing this for quite a while now, and has earned a reputation far and wide for putting Springsteen-level enthusiasm and energy into his shows. Finally walking into the venue, the room was filled not just with the sweat of the extreme amount of people packed inside, but with a palpable air of anticipation. 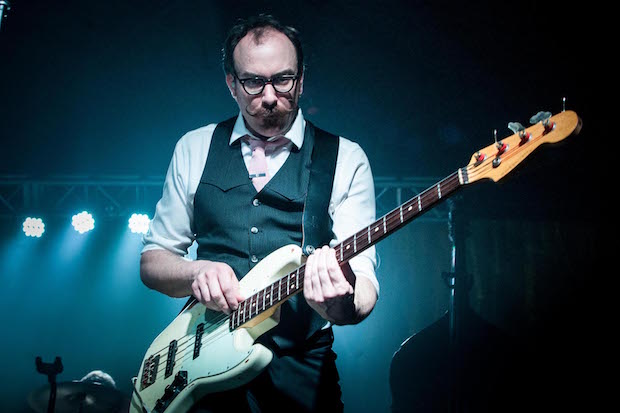 Soon after I arrived, opening act Barnstar! took the stage and gathered around a single condenser mic. The unbridled enthusiasm of Royal City Band bassist Zachariah Hickman’s bluegrass side project was the perfect warm up for what was to come. Their sometimes silly onstage demeanor coupled with their impressive instrumentalism, great songs, and beautiful three-part vocal harmonies won the crowd over with ease. Still, this was clearly not the main event. This audience had come with a purpose, and they remained a little buzzy as newcomers continued to trickle into the room.

Eventually, Barnstar! finished their last song and filed off, the house music started up, Hickman took a break, I got a beer, everyone else got a beer, and then the big moment arrived. The house music faded, and Ritter walked out on stage. Which, before I rundown the show, brings me to the list of things I’ll just tell you upfront about a Josh Ritter show:

Ritter walked out solo into the buzz and cheers of the packed house. As he launched into the opening tender strains of his early classic “Idaho,” the entire room fell completely silent. As we all collectively drifted through the song, the rest of the Royal City Band waded out on stage and gradually joined the fray with an eerie atmospherism that eventually faded out into a small explosion when the crowd finally got to cheer for the first song of the night. Then, in true Royal City Band style, the group launched into the fuzzy, groovy “Birds of the Meadow” off of Ritter’s latest release Sermon On The Rocks. 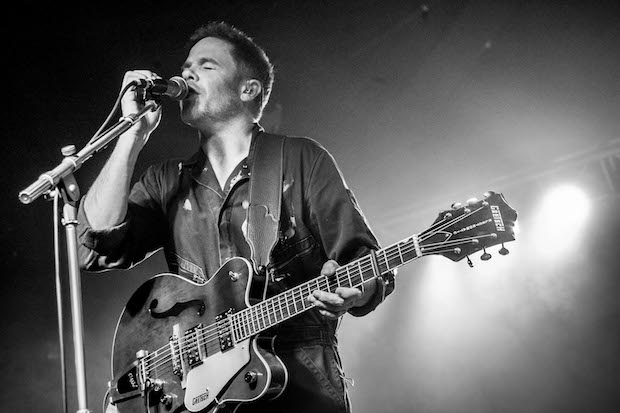 The group continued with “Young Moses,” another one off the new album, before launching into a crowd-favorite, “Right Moves” from The Historical Conquests of Josh Ritter. At this point, hearing the familiar strains, the audience began singing along to every word, a trend that would continue throughout the night with his older songs and even the two singles off the newer record. It was also at this point that Ritter began excitedly jumping up and down, another trend that would continue through the night. (His calf muscles are probably pretty strong too.)

Ritter & The Royal City Band partied on with only increasing energy and enthusiasm. Josh has had more or less the same band members his entire career, and you can really tell that the group has a great personal and musical rapport and really loves making music together. Their instrumental sections were masterful, but also spontaneous and alive. The band made it through eighteen songs (listed below), including but not limited to, “Kathleen” (cue everyone shouting the words) and new single “Getting Ready to Get Down” (I’ve never heard so many people singing lyrics about religion and sex before. What is this, a Madonna concert?). 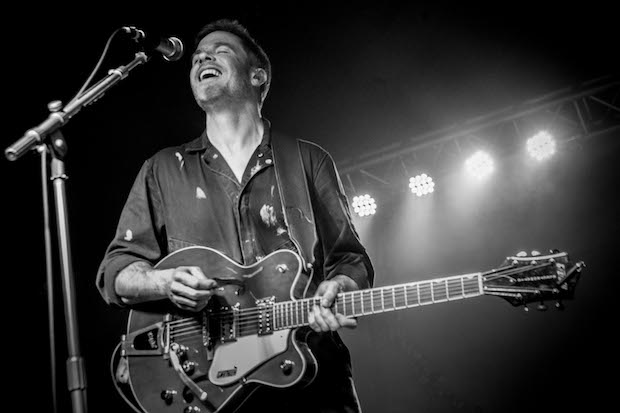 When Ritter finally tried to say goodnight, the crowd was having none of it, and he didn’t leave them hanging for long before coming back out for an encore. A heartbreakingly beautiful piano and vocal version of “The Curse” was followed by the band along with the entirety of Barnstar! coming out for “Lillian, Egypt.”

Josh ended the show with another smile, another huge “thank you” and a big group bow. Even after the rest of the band had walked off stage, he lingered smiling and waving, seemingly not wanting to leave. This was one of the better shows I’ve been to in a long time, and I’m sure everyone who was there will be back in force the next time Ritter rolls through town. And seriously, next time put Josh in the Ryman.

Idaho
Birds of the Meadow
Young Moses
Right Moves
Monster Ballads
Henrietta, Indiana
A Certain Light
Seeing Me ‘Round
Cumberland
Where The Night Goes
The Stone
Snow Is Gone
Change of Time
Engine, Engine #9
Bonfire
Kathleen
Getting Ready to Get Down
Homecoming