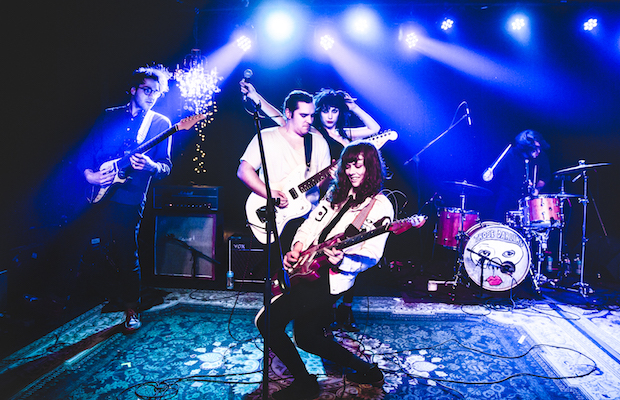 Being in a band involves more than just plugging in and playing. It’s a relationship, and one that must flourish in order for the band to stay together. Sometimes the bonds between members just fade away, or interest interest starts to float towards other projects. When Those Darlins announced last year that they would be calling it quits in January we were extremely heartbroken. But we knew that they would go out in the best way possible, and they did just that recently at The Basement East. Joined by fellow Nashvillian Adia Victoria and former local indie songstress Tristen, fresh off her run backing Jenny Lewis, Those Darlins put on one hell of a party, and we were there to witness the last hurrah. Check out our full review and some photos from Jake Giles Netter below! 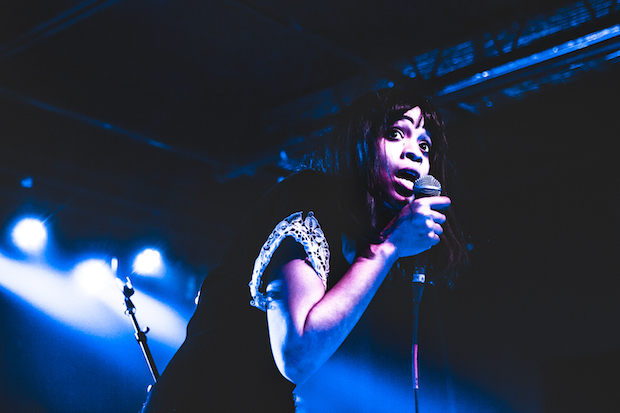 I first saw Adia Victoria in a crowded 5 Spot where she took complete control of the room with her unique voice and staunch performance. This opening set was no exception. Her psych-swamp blues sound filled The Basement East with a dark and mystical aura that brought all eyes on her. The guitars were washed in a pool of effects and supported by the solid drumming of Tiffany Minton. Adia’s voice sounds like a toned down, darker version of Joanna Newsmen’s, and when paired with the incredible talents of her backing band, it created a combination of the perfect amount of uneasiness and addiction, especially on rockers such as “Stuck In The South.” She is enthralling in every sense of the word. As she sang her songs about the devil and her southern heritage, I couldn’t help but notice amazement and complete awe from the crowd. And when they showed the slightest sign of disinterest, Adia always managed to rope them back in. Adia Victoria is about to embark on another tour, and was also just added to the Pickathon 2016 lineup, proving that her undeniably special stage presence is catching on to ears across the country. 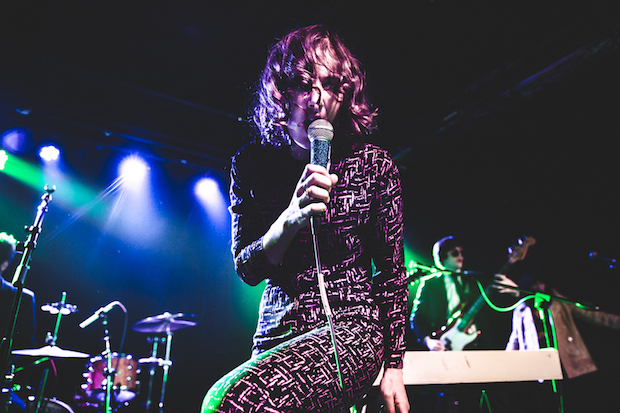 Next up was Tristen. Though we’ve covered her extensively in the past, I wasn’t as personally familiar with her or her history. After a buddy told me that she recently toured in Jenny Lewis’ backing band, I quickly gained an idea of what to expect. Tristen proved to be a shining force of modern female power pop. Her set was a wonderful presentation of jangly alt-country finesse with a punk rock attitude, while her vocals shined on such original compositions like “Eager for your Love.” She brought out a handful of special guests such as Caitlin Rose and even Those Darlins for a vicious cover of “See No Evil” by Television. Tristen kept the crowd entertained with her upbeat songwriting and her stellar band. Now that Jenny Lewis is done with her tour cycle, Tristen and her band are gearing up for another musical push, as they are about to head out on tour with The Weeks; expect to hear a lot from her this year. 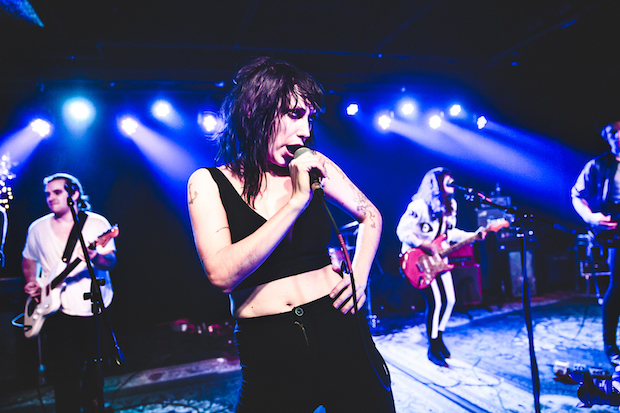 As great as the openers were, nothing could beat the anticipation that everyone had for the evening’s final act Those Darlins. Seeing them walk onstage for the last time was more than just bitersweet; it was special, it was thought provoking, it was rock and roll. The band wasted no time in digging into their solid catalog. Songs like “Screws Get Loose” from what this writer believes is their best record helped the band to go out with a bang. Jessi and Nikki Darlin traded back and forth on lead vocals showing that the bond between their distinctive songwriting styles wasn’t ruined, it is just time to move on. The two of them led the band through some more of their greatest numbers like “Mystic Mind” and “Be Your Bro.” They even offered a live version of “Female Trouble” a Divine cover they released late last year as a parting gift to their community of devoted fans. One of the most memborable parts of the set for me was watching drummer Jordan Levine hold it down. He has such a special and distinctive sense of rhythm that really supports the rest of the group in an awesome manner.

The band wasn’t going to leave us without bringing up some of their friends for some awesome collaborations. They brought out Music Band’s Duncan Shea for a heavy hitting rendition of the Velvet Underground’s “White Light White Heat.” They also brought out pedal steel extraordinaire Luke Schneider for a version of their song “Guitar World”, a rocker that the Darlins never recorded. The band closed with “That Man,” a number they brought out Adia, Tristen, Caitlin Rose, and Tiffany Minton to help sing on. But the audience wasn’t done with them yet. The Darlins came back out for a hat trick encore of great covers such as “Shakin all over” and “Keep My Skillet Good and Greasy” by Uncle Dave Macon. This band has come a long way from the halls of MTSU. While it is sad to see them go, we can only brace ourselves for the great musical endeavors each member will find themselves in next.