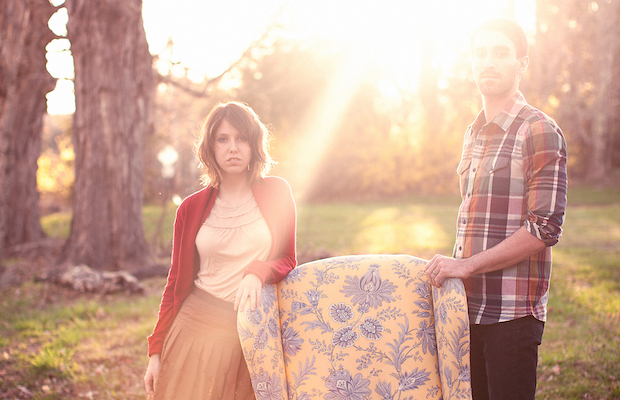 Formed nearly a decade ago in Long Island, New York, indie pop/rock duo The Narrative sprung onto the scene in 2008 with their debut EP, Just Say Yes, and continued to build buzz with their 2010 full-length, self-titled debut. Several successful tour outings, tons of media praise, and a loyal fanbase forged from DIY ethics characterized the following years, but the band have been relatively quiet since the 2012 release of their b-sides compilation, B-Sides and Seasides. Ready for some good news? The Narrative’s long-awaited sophomore LP will arrive early this year, and we have a brand new track, “Moving Out,” exclusively streaming below!

The Narrative began work on their upcoming album in 2012, with sessions in a barn in upstate New York that took longer than planned, as they began recording lots of different instruments and more complex arrangements. Life outside of the band also pulled the duo in different directions, with guitarist/vocalist Jesse Gabriel’s release of a solo album, and keyboardist/vocalist Suzie Zeldin’s involvement in Chris Carrabba-fronted folk rock outfit Twin Forks. It’s been a long road, but after a year spent mixing with Richard Flack in the UK,  and mastering from Sam Moses in Nashville, the album is finally finished, and will soon be released.

The band are now partially, soon to be fully, based in Nashville, so in addition to new music, you can almost surely expect to see some live dates in the near future. We’ll keep you posted! Stream “Moving Out” below.