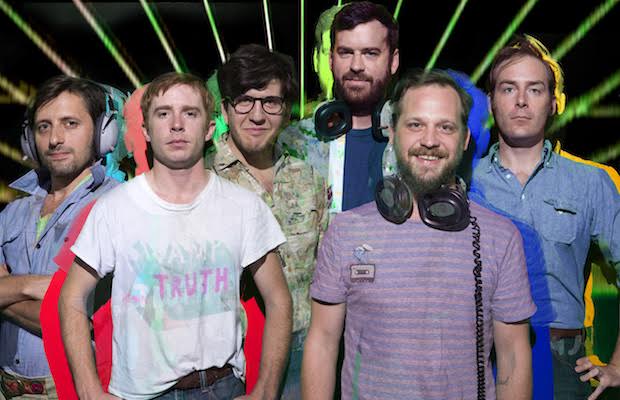 Fans of the Philadelphian new wave psych rockers Dr. Dog should get ready to mark their calendars, because one of the best live bands around are making their triumphant return to Music City to tear the roof off The Ryman Auditorium for the second year in a row. We raved about their last Nashville stop, and are thrilled to announce that they’ll return once again to the Mother Church on Saturday, April 2, with help from Americana tinged performers Wild Child in the warm-up spot. Tickets go on sale this Friday, Jan. 8 at 10 a.m. CST for $32.50, with various pre-sales beginning as early as this afternoon. If it’s anything like last year’s show, seating will become scarce, so act fast!

Of course if you’re feeling lucky this new year, we have your chance to win a pair of tickets after the jump. Also worthy of note, Dr. D will be re-issuing their retooled, self-recorded/self-released debut record, The Psychedelic Swamp on Feb. 5, via their label home ANTI-, marking its first “official” release. After only dropping a live record last year, and with the re-issue slated for early 2016, word on the street is that a new record may be in the works too, but you’ll have to stay tuned for more details when and if they become available. For now, read on after the jump for more info on the bands, and don’t forget to enter for your chance to win tickets!

Possibly born in the wrong decade, the members of Dr. Dog have produced some of the best lo-fi psychedelic rock, and Beatles inspired harmonies, since the ‘60s. Over the last fifteen years, the Philly born band have put out an impressive catalog, including the kickass live album we told you about last year, and now a re-issue of their funk soaked self-released debut record, The Psychedelic Swamp. That album was never released properly in its first incarnation, and now, with he help of The Pig Iron Theatre Company, Dr. D have presented it in theatrical form (with a 30 member cast and massive production budget) much to both rock fans’ and theatre goers’ delight. To start 2016, the fellas are embarking on a fairly massive tour across the U.S. (musical, not theatrical), and we assure you, they are a band you need to see in person to truly appreciate. Good news is you’ll never have a better chance than when they take over The Ryman once again in April, so be there or risk missing out on one of the best shows of the year! Doctor’s orders.

Winner will be announced Tuesday, Jan. 19 at 1 p.m. CST, and will receive one pair of tickets. Good luck!

Dr. Dog, and Wild Child will perform Saturday, April 2 at The Ryman Auditorium. The show is all ages, begins at at 8 p.m. (doors at 7 p.m.), and tickets are available to purchase beginning Friday, Jan. 8 for $32.50.