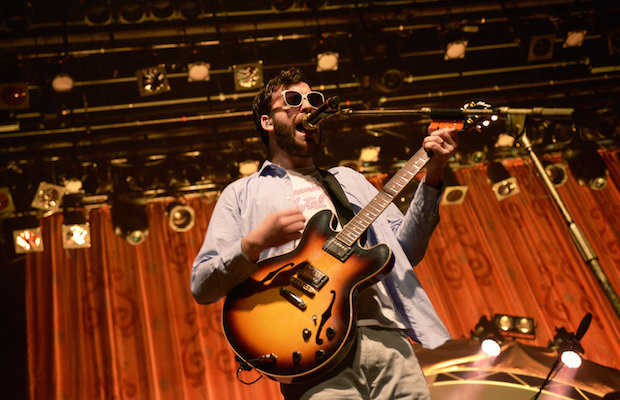 This is a show that had been marked on our calendars for a long time, friends.  We’ve been hyping Dr. Dog‘s amazing new live LP, Live At a Flamingo Hotel, for months, and even gave away a set of free tickets to their headlining debut at The Ryman. Both Dr. Dog and openers mewithoutYou wasted no time wow-ing the near sold out crowd at Nashville’s Mother Church. It’s not everyday one gets to see experimental post punk and psych rock displayed in such a storied venue. There were vibes a plenty, and there is little doubt that the encore set from the headliners will live in fans’ minds for years to come. Read on for more nostalgia, and check out a gallery of photos below!

Many Bonnaroos ago, checking them out on a friend’s recommendation, I fell in love with Dr. Dog and their music. Six live performances later, they are a main stay in my top-five favorite active bands. That being said, this Ryman performance marked only the second of six viewings I’d seen the band indoors. The other four were in a festival setting, a little bit out of my mind, so to speak. For this night I was of sound body and mind, if not a little buzzed from beers at Broadway Brewhouse, and eager for a new unique indoor experience with Dr. D. There’s nothing quite like The Ryman. 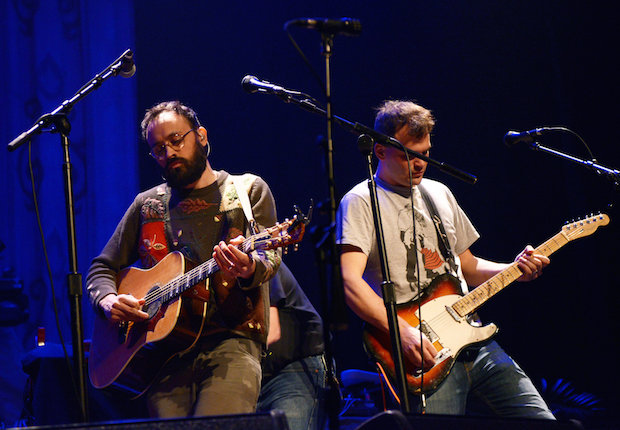 Almost at eight o’clock on the dot, mewithoutYou took the stage and broke into their art house rock. Their vibe was a blend of trance indie sounds and insightful spoken word lyrics, which morphed into powerful rock ballads at times. Throughout, drummer Rick Mazzotta stole the show. His incredible pace and demonstrative demur set the tone for their often aggressive (but controlled) brand of music. Frontman Aaron Weiss is quite a character too. One moment soft spoken, polite, and pleasant in-between songs, commenting on how nice the entire crew at The Ryman had been to them… the next, a seething ball of awkward emotion as he paced/bounded around stage singing their songs, strumming his guitar and playing his accordion. The group recently announced a new album, and boldy began their set with a new cut- “Magic Lantern Days,” and, mid-set, unveiled another new single, “Blue Hen.” The rest of the selections, though heavy on songs from Ten Stories, provided a pretty good cross-section of the group’s impressive back catalogue (and definitely a different vibe than their Catch for Us the Foxes anniversary show we caught last fall). With hometown ties to the evening’s headliner, mewithoutYou served as much more than just a warm-up act, and, while seeing them play The Ryman was certainly a rare treat, they’re definitely be back to headline in the near future, and we strongly encourage you to catch them any chance that you get.

Before they’d started, I was genuinely surprised at how mediocre the turnout was looking. The venue wasn’t even half full before the lights dropped for the first time (prompting Weiss to joke about whether or not his friends had managed to show up on time). But, with the house lights were back on, the room was teeming with life. There was that familiar, intoxicating ‘buzz’ in the air, as people mingled, enjoyed libations, and got situated for the main event. It seemed like a lot of movers and shakers were in the house. Based on an overheard conversation, someone pretty famous was sitting right behind me, but I didn’t recognize the name or him, nor did I wish to bother the man with trivial ass kissing. Wait! Was that Ben folds across the way? It was too far away, and I was too many beers deep to really know for certain. [Editor’s note: It was Paramore’s Taylor York and Hayley Williams, who are longtime friends and fans of mewithoutYou.] 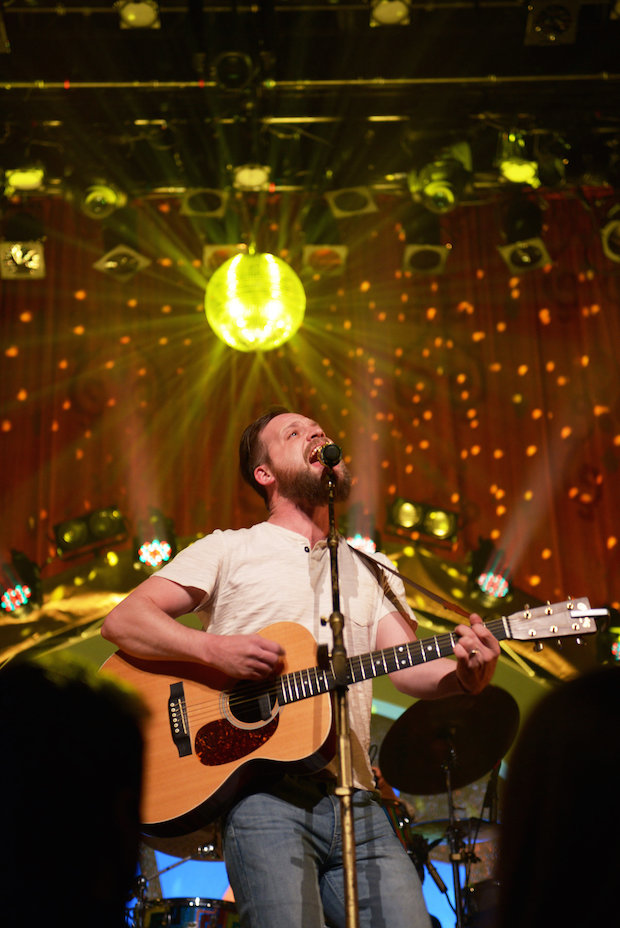 Soon enough, it was time for Dr. Dog to take their place among the amazing list of performs who have headlined The Ryman’s stage (they performed last year in support of The Lumineers, but this was their first time with top billing). In honor of their new record Live At a Flamingo Hotel they had a fairly elaborate backdrop, with a massive pick flamingo for a crest, and crazy combinations of of back lighting. For added vegas lounge flair, multi-colored Chinese lanterns hung from the rafters. The band walked out, waved, and with little to-do they commenced to the rocking.

Over the years, their catalog has continued to grow (eight LPs, four EPs, one live album), so now their shows are really a greatest hit parade. They started with new-ish track “Distant Light,” transitioned into an older one, “Ain’t It Strange,” than volleyed right back with a newer favorite, “Broken Heart.” Possibly sparked by their set list, I was just noticing what a large age range the crowd represented. High school age, mid/late 20s, and on up to couples in their 40s. It really says a lot about a band when they can touch on so many age groups. They are generating new fans, and, most importantly, keep longtime fans, like myself, happy along the way. This is no easy task. Just ask any self-proclaimed music expert who thinks (insert band)’s early stuff was way better. 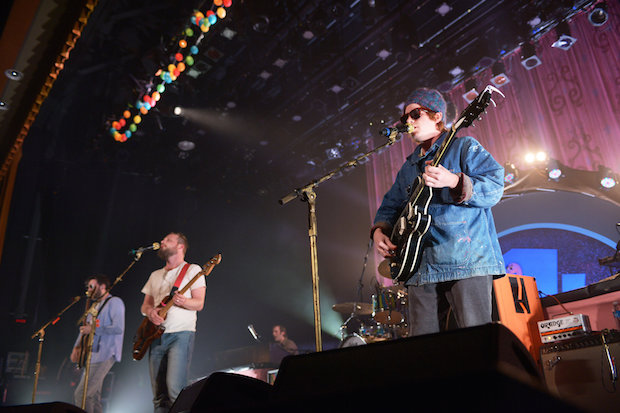 The band seemed to have an extra gear that night, jamming out songs a little longer, a little cleaner. They brought a guest fiddle player, Nashville producer and multi-instrumentliast Greg Perkins, a real pro who’d had very little rehearsal time, and he not only held his own … he wailed as well! A couple times during the performance, frontmen Scott McMiken and Tobey Leaman would stop to thank the crowd, thank the Ryman staff, and comment on the incredible vibe that just oozes from the walls in the great hall. It’s just different there.

After an already hour plus set, they came back on for one of the best, full-throttle encores I’ve ever seen anyone give. Five songs, including crowd favorite Architecture in Helsinki cover “Heart it Races,” all of them fast, fun and jammed out to the fullest. The coup de grâce, to finish it all off, was “The Rabbit, The Bat, and The Reindeer,” and its jam session nearly blew the roof off. The band left everything on stage, dripping wet with preparation, while taking their bows. My six previous Dr. D shows, which were all great in their own right, can’t hold a candle. Nothing beats The Ryman. It’s that simple. Don’t believe me? Even if it’s a band you’re only kind of into, and they snag a Ryman gig, just go, especially if you’ve never been. Tell me it isn’t a life changing experience.

Be the Void
Heart It Races (Architecture in Helsinki cover)
Jackie Wants a Black Eye
Nellie
The Rabbit, The Bat, and The Reindeer