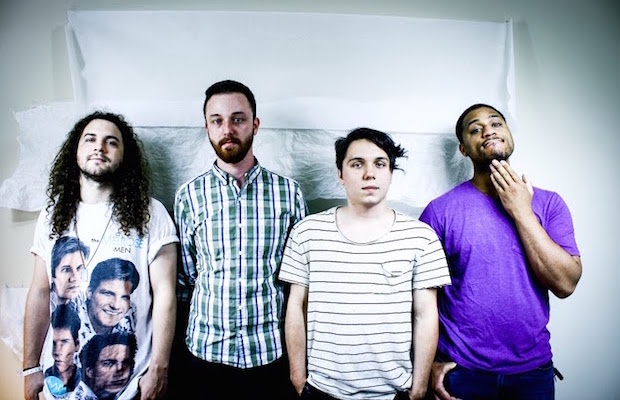 Dear Music City, we have someone we’d like you to meet. Recent Mississippi transplants Light Beam Rider have been soaking in our local scene for a while now. Friends with fellow Mississippi natives The Weeks, and former roommates with members of Diarrhea Planet at the legendary “Coyote Ranch,” LBR bring some jam infused post-rock riffs to the table, with grungy and slightly dark overtones. We couldn’t be more excited to premiere the title track from their forthcoming album, A Place to Sleep Among the Creeps, due out Feb. 12. We spoke briefly with the band’s vocalist and guitarist, Thomas Sweat, who gave us the skinny on the sweet new track.

“The song is about this local preacher kinda freakin me out, and just deciding to figure life out by living and making mistakes with my friends and to not be scared about it, rather than following any kind of religious approach that seems to be typical for people in small Mississippi towns.”

Sweat continued that this record was different from their previous effort Mississippi, because they approached it with a distinct plan, and the grungier, darker sound is a result of their experience as a touring band.  This ultimately led the band to make Nashville their home base, thanks to help from some other blog faves…

“Moving to Nashville has been killer. I couldn’t find a place to live at first, so Jordan and Ian from Diarrhea Planet let me move into the Coyote Ranch, and introduced me to half the damn city. I feel super lucky to have had something like that happen. So many people I met while living there have become some of my closest friends. Much love to those dudes forever.”

If you click on after the jump, we think you’ll agree the tune is pretty tasty. Plus, you should probably keep up with the group on social media, so you never miss a chance to catch another kickass local band live. Together, we can all continue nurturing our ever growing indie rock scene; let’s make 2016 wail!!

Tags: A Place to Sleep Among the CreepsLight Beam RiderNashville Music Blog