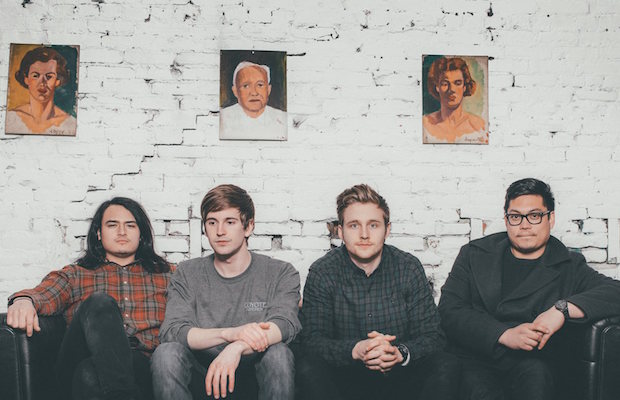 Head to house show space Exponent Manor tonight, Dec. 8 for a bill of D.I.Y. rockers from Nashville and beyond. After threat of closure, the Manor is back on its feet and better than ever, ready to host more rock and roll. Touring band Ivadell sare fresh off the release of their newest EP, and they’re backed by four incredible local acts: Cash Basket, Beer Head, Slow and Steady and Poor Michelangelo. This house show is only $5 for a night of good music, and starts 8 p.m. and, with doors at 7. Read on to find out more about the bands and to sample some tunes before the show.

This post-hardcore group are stopping in from Columbia, South Carolina. They’re on tour now for their recently released EP, Maybe Tomorrow, out through Broken Circles Records. The group bring elements of ’90s rock mixed with calculated songwriting, funneled emotional, powerful, experimental rock. Ivadell are as D.I.Y. as they come, and essentially the perfect band to see in a living room. Check out their music video for “Flickering” below before you head to the show.

Formerly known as Bloom, Cash Basket are a local Nashville rock band. The group are also signed to Broken Circles Records, and released Thousand Yard Stare earlier this year on digital and vinyl. Every track on the album is an authentic testimonial for the band. Their sound is reminiscent of indie rock and post-rock, but uniquely their own. Listen to “Dorm Room” below.

Beer Head are a local More Than Me Records band, and it goes without saying that they’re a Nashville favorite. We premiered their single “Facts” here, ahead of their recently released EP, Wait It Out. Also, we recently caught them with favorites Microwave at Cafe Coco earlier in the fall. The band puts a noisy, layered spin on garage rock and integrates it with emotional lyrics and the spirit of D.I.Y. punk. Frequenters of Exponent Manor, this is a group known for killer live performances.

Slow and Steady is the stage persona of songwriter Jacob Lawter, a Nashville musician via Austin, Texas. He released In Time We Belong this year through Broken Circles Records. His lyrics are regretful, melancholy and of course, painfully relatable. The music drones behind him with slow emphasis to elaborate its theme; it is emotional instrumentally as well.

Poor Michelangelo are a local rock band from Belmont, described as “new Nashville emo.” We can’t find any of their music online just yet, so be sure to show up early to see what they’re all about.

Ivadell, Cash Basket, Beer Head, Slow and Steady, and Poor Michaelangelo will perform tonight, Dec. 9 at Exponent Manor. The show is all ages, begins at at 8 p.m. (doors at 7 p.m.), and tickets are available for $5 at the door.