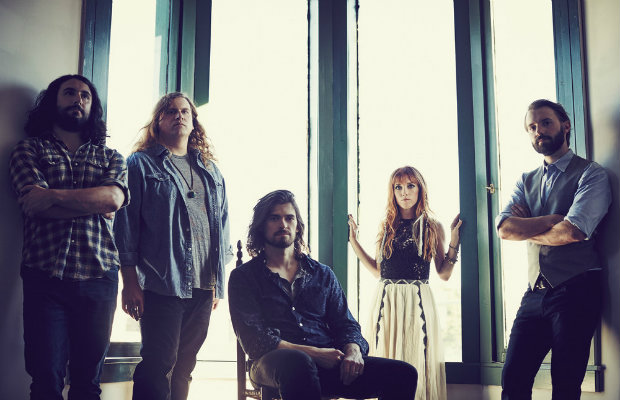 It’s not hard to instantly like any band that releases a 1970s game show themed video, but it’s even easier when they’re as good as The Lonely Wild. Considering that they’ve played with bands including The Lone Bellow, Damien Rice, and The Apache Relay, it seems like we’re not the only ones who think so. The band’s sound is indie-folk, but goes far beyond that. There are branches of southern and western influences, but they’re a band that can’t be boxed into any one sound. Their sophomore album, Chasing White Light, was released just last month, and finds the group in a totally different realm, having grown and evolved into something that’s familiar but better. You’ve got two chances to see them in Nashville on Saturday. They’ll be playing at The High Watt along with Young Buffalo and Cerny Brothers with music starting at 9 p.m. Tickets for that show, which is 18+, are $10 and are available here. They’ll also be playing a free, all ages, in store at Grimey’s at 4 p.m.

The Lonely Wild’s sophomore album, Chasing White Light, released just a month ago, was the band’s first time working with a producer. Moving out of their normal recording habitat, they worked with John Vanderslice, who provided them with antique instruments like synthesizers and harpsichords, and had the group record entirely to tape. The result is a new sound for the band, but one that’s clearly still their own, just evolved. The album title references the white light that many people supposedly experience when they die, but it’s a positive album, urging listeners to take advantage of the time they have. With two chances to see this great band on Saturday, there’s no excuse for missing them.

Almost a decade into their time as a band, Young Buffalo released their debut album, House, earlier this year. Their sound is uplifting, with plenty of retro vibes a la The Strokes, but with a fresher twist that includes world music influenced beats.

The Cerny Brothers released their folk-rock album The Sleeping Giant earlier this year. Filled with impeccable harmonies, strings, and strong lyrics, the album stands out amongst an ever growing crowd of folk rock acts. They just released their own version of John Denver’s “Take Me Home, Country Roads,” which you can listen to below.

The Lonely Wild, Young Buffalo, and The Cerny Brothers will perform tonight, Nov. 14 at The High Watt. The show is 18+, begins at 9 p.m. (doors at 8 p.m.), and tickets are available for $10 here. The Lonely Wild are also playing for free on at Grimey’s. That show begins at 4 p.m. and is all ages.