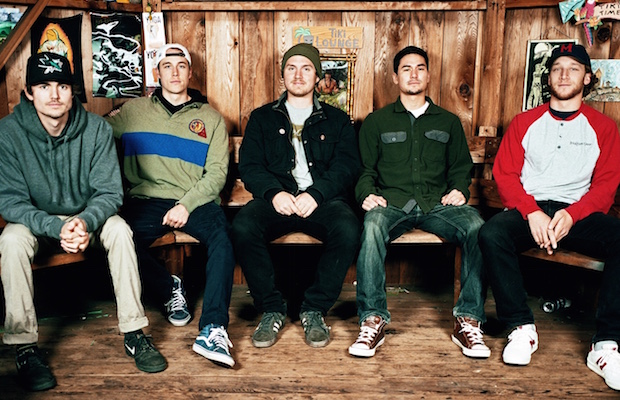 Boasting one of the most eclectic weekend lineups around, especially for punk fans, and undoubtedly this week’s best bet for all ages events, pop punks The Story So Far return to Rocketown tonight, Nov. 14 along with unparalleled British melodic hardcore/emo outfit Basement (marking their Nashville debut), indie rockers Turnover, and pop rock act Painting Stars. You can still grab tickets right here or at the door, so secure your spot and read on for more about the lineup!

THE STORY SO FAR

West coast rockers The Story So Far are a part of the current wave of pop punk revivalists; a reaction to the scene’s commodification and over-commericilization in the ’00s, which resulted in a decline in mainstream interest while indie-level punk has managed to flourish. The group’s self-titled third album, which dropped earlier this year, takes a mature, broader rock influence, retaining the punk spirit, lyrical bite, and pop sensibilities of their earlier efforts. No strangers to Music City, the band are a live powerhouse, and, along with peers like Transit, Polar Bear Club, Set Your Goals, Man Overboard, and The Wonder Years, are doing their part in saving pop punk.

Complimentary but distinctly different from The Story So Far, English rockers Basement are so talented, it’s almost unfair. Seemingly just as they hit their stride, following the release of their critically beloved, unbelievable 2012 effort Colourmeinkindness, the band broke up, leaving us (and much of the planet) mourning their premature demise. In early 2014, just over a year later, the band began hinting of a return, and by mid-year unveiled a new EP recorded in secret. Since then, Basement have been active in concert once more, and are working towards a new full-length next year. Pulling influence from melodic hardcore, ’90s emo, alternative rock, and punk, Basement’s sound is unparalleled, a perfect homogenization of the best parts of multiple styles, and their thematic focus, delivery, and presentation puts them leagues ahead of most of their peers, transcendent of the scene that surrounds them, and poised to make their mark on the musical community as a whole. This is their first show in Nashville, but hopefully won’t be their last.

Indie-infused, pop punk inspired Virginia group Turnover wowed us earlier this year supporting New Found Glory, and recently played Exit/In in support of Lyida. We’ve been fans of the talented band since the early days of seeing them pass through town in DIY spaces like The Owl Farm, and their musical and personal growth is on full display in this year’s dreamy, poppy, transcendent Peripheral Vision. They help flesh out this already eclectic lineup and cement this as a can’t-miss event.

Hailing from St. Paul, Minnesota, Painting Stars play an eclectic style of pop rock with alternating male and female vocals and pleasant arrangements. Show up early and show them some love!

The Story So Far, Basement, Turnover, and Painting Stars will perform tonight, Nov. 14 at Rocketown. The show is all ages, begins at 7 p.m. (doors at 6 p.m.), and tickets are available for $23.