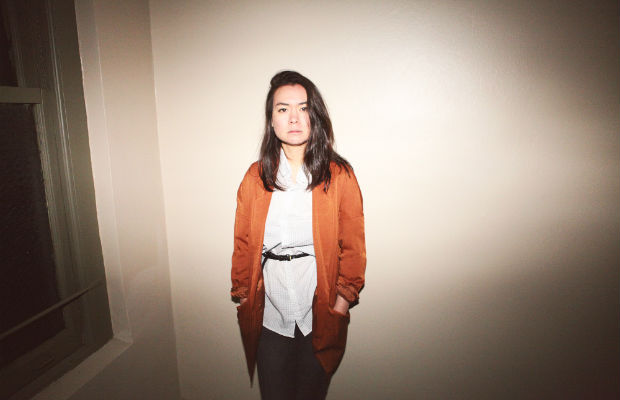 Brooklynite Mitski was just here in July with Elvis Depressedly, but tonight (Nov. 16) she’s back for more. This time, she’s headlining at The High Watt with Boston’s Palehound and the band with the best name in the world, PWR BTTM. A pretty small show, (with the number of all band members totaling about 8), tickets are only $12 at the door or you can pick one up here. If your over 18, this is an important show that you don’t want to miss. Find out more about the line up after the jump!

Mitski, hailing form Brooklyn, NY, is a one woman show that delivers pummeling tracks. Whether it’s loud and rough or soft and sweet, every song packs a punch. Her last album, Bury Me at Makeout Creek, just turned a year old, and like a fine wine it is aging perfectly. Topics of destructive tendencies and relationships gone awry resonate timelessly, and Mitski’s shrill falsetto and whispery timbre will bring out emotions you forgot you felt. Her live set-up is pretty no-frill: her, her bass, a drummer, and a guitarist. She could stand there with a wood block and it would be worth watching.

Palehound, hailing from Yonkers, NY, just released their first LP (if you call 8 songs and 28 minutes full-length) Dry Food in August. Lo-fi to the core, their album art is a cut-and-paste collage over fabric, on a Bandcamp page with a logo made in Microsoft Paint. Their genre? “Dog Rock”. What a concept. The four piece, fronted by guitarist and lyricist Ellen Kemper, is introspective and overtly analogous, with lyrics simple enough to identify with to a T.

PWR BTTM is a self-proclaimed queer punk band from Hudson, NY. They released their full length Ugly Cherries a couple of months ago and… It. Is. Fantastic. This brilliant two piece act comprised of Liv Bruce and Ben Hopkins created something epic and atmospheric, while at the same time down to earth and so relatable that it would make a homophobe laughably uncomfortable. This band is doing something special, with their lyrics as well as their music, and even though they are first on the bill, they might be the band you don’t want to miss.