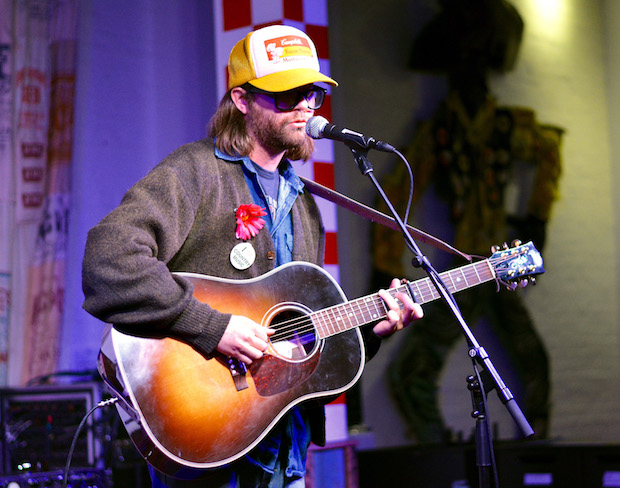 Every single Tuesday for the past year, we’ve been teaming up with hip downtown restaurant and performance space Acme Feed & Seed to host a free showcase of some of our favorite emerging local and national talent. For our latest installment, which featured a trio of local talent, we welcomed local songwriter Brian Ritchey, eclectic roots outfit The Loose Hinges, and an amazing stripped down set from Aaron Lee Tasjan to the Acme stage! Read on for more about it! 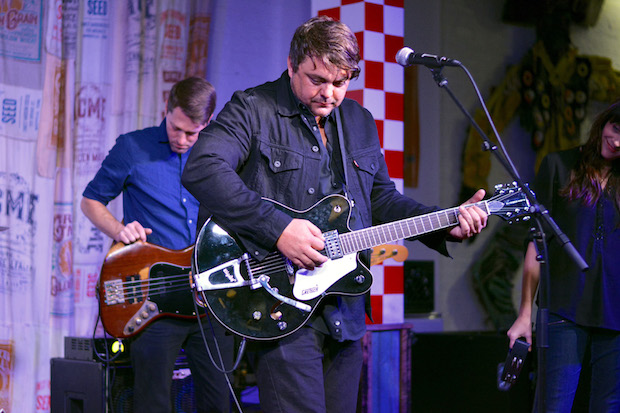 It’s amazing what hockey season does to downtown Nashville.  We rolled in to a packed house with fans donning their navy and gold Predators jerseys right as Brian Ritchey was taking the stage to kick things off.  Ritchey, you may remember, just dropped his stellar 4th album, Bordeaux, back in October, and his set was a nice mixture of tracks from that effort and some back catalogue material.  We purposely placed Ritchey in the first slot, because, we expected his set to be a nice fit for the dinner crowd, but that was not the case.  Don’t get me wrong, folks were not complaining in the least.  Ritchey hit into high gear backed by a full band, including The Coal Men, and proceeded to possess the brimming crowd with his well crafted and thoughtful tracks.  If you still haven’t had the chance to listen to the new record yet, you should fix that immediately. 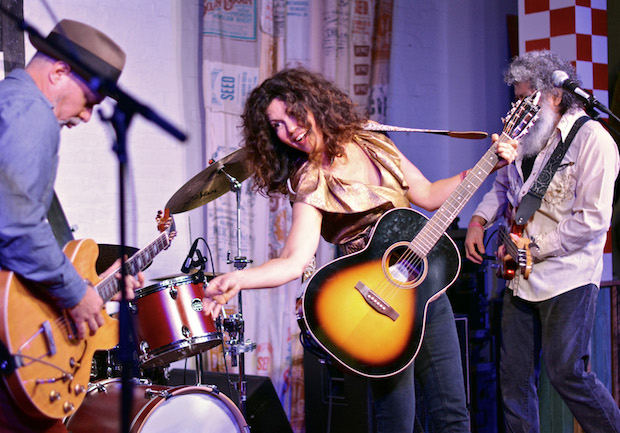 The Predators fan base began to thin out during the set change, but that didn’t phase the ever playful and eclectic outfit, The Loose Hinges.  Full disclosure, I first met Kris and Eliot Houser of The Loose Hinges a few years ago after first moving back to Nashville, and immediately felt a fond connection with the couple.  So, I was as excited to see them, as I was to see where their music has evolved over the past couple of years.  The answer to that question was answered immediately as their poppy roots music took over the room.  They’ve tightened their set up, and had me constantly answering the question, “Who is this?” from friends in the crowd.  The Loose Hinges may not be playing on the trendiest bills in town, but they have some of the most authentically great music that you are going to find, and the effevescent stage presence of Kris Houser is intoxicating.  We highly recommend that you keep up with The Loose Hinges, and find a time to catch them live soon. 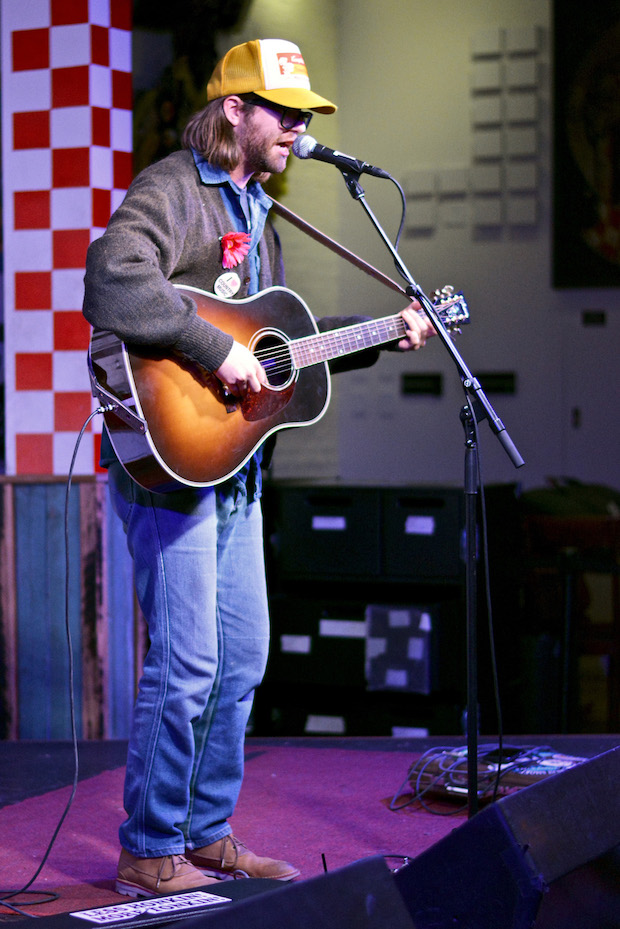 At this point, what is there to say about Aaron Lee Tasjan, that you aren’t hearing in the local coffee shops, bars, and venues.  East Nashville’s newest hot topic, Tasjan hit the stage manning just his acoustic guitar, a bold move as the evenings “headliner.”  I kept an open mind for my first chance to see Aaron perform, and I’ve been thinking about this performance for a few days now.  First, ATL is a monster on the guitar, and, while I knew that going into the show, watching him own a crowd of increasingly intoxicated tourists with only an acoustic guitar was just plain impressive.  Beyond the obvious skill with his instrument, the true stand out talent of Tasjan is his songwriting, and, considering that the country music scene is obviously shifting away from drunk bros to actual music fans, as evidenced by the rise of Isbell, Sturgill, and now Stapleton, it’s no wonder the music intellegenti on the East Side are touting Tasjan’s rise.

I returned home after the show, and checked email, still thinking about the show.  I read through Bob Lefsetz’s email about the University Of Missouri Protests, and his relating Bob Dylan and the folk movement to spurring the protest movement of the ’60s.  It seemed to be serendipitous timing, because it got me, a now 40 year old, thinking about the state of America’s youth.  It’s arguable that the youngsters today, stifled with debt, lack of employment, and the desire not to live the life of their parent’s vision, could end up finding an artist like Tasjan to be a voice to a new movement.  A no bullshit songsman, who speaks his mind, yet peppers in the humor to entertain those young and old.  Whether an ascension to folk idol materializes, I have no idea, but it’s been rattling around my head for three days, which at least means I’ve been thinking about his performance a lot.  And, that is all that an artist can really ask for these days.

Our weekly, free Acme showcase continues Tuesday, Nov. 17 with Dead Cures, Gardening Not Architecture, and yOya! Hope to see you there!