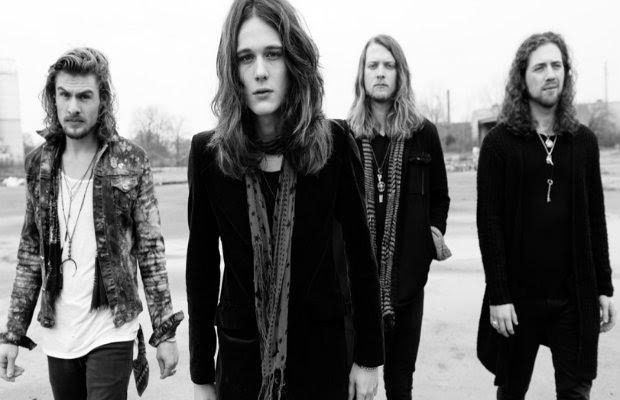 Local rockers Tyler Bryant & The Shakedown have had a busy month, wrapping up a short tour with The Sheepdogs and releasing their new EP, The Wayside, this weekend. Tonight, Nov. 12 they’ll celebrate its release with a show at The Basement East and will have advance copies available. Also playing are psychedelic, garage rockers The Wans. The 21+ show starts at 9pm, with tickets available for $10 in advance, or for $12 at the door. Read more about the bands and check out Tyler Bryant & The Shakedown’s new single after the jump.

Tyler Bryant & The Shakedown recently started working with producer Vance Powell, who’s known for his work with Jack White, among others. Their new single, “Loaded Dice & Buried Money,” showcases the band’s signature sound: straight ahead, no holds barred, garage rock. Bryant gained early critical praise when he was handpicked to play Eric Clapton’s Crossroads Guitar Festival and to open for Jeff Beck’s 2011 tour. It’s been two years since the band released their debut, Wild Child, but the new EP, The Wayside, is full of songs in their signature sound and should keep fans happy until their next full length is released. Anyone who’s a fan of guitar heavy, garage rock is sure to appreciate Bryant and his band, and their hometown show celebrating the release of the new EP will a great first foray into their sound.

Nashville psychedelic-tinged alt rock band and blog faves The Wans are one that we can’t ever get enough of. Their sound is loud and energetic, a perfect pairing for Tyler Bryant & the Shakedown on this bill. A modern garage band with a retro vibe, The Wans are a band not to be missed, if you’ve somehow managed to miss them up to this point.