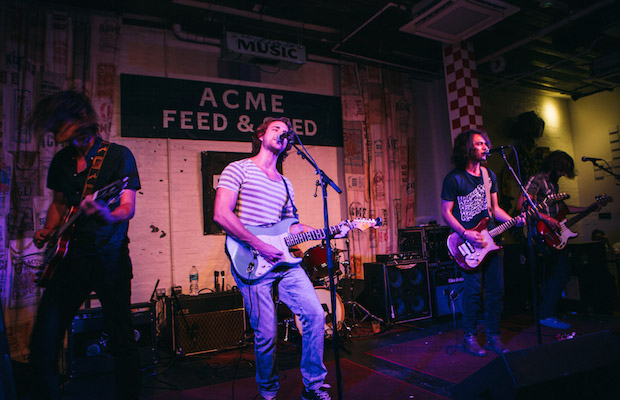 In lieu of of our typical Tuesday night showcase at Acme Feed & Seed, which we’ve been curating at the downtown restaurant and performance space now for over a year, this week we did something a bit different. Ahead of the inaugural SoundHarvest Music Festival, which takes place Oct. 17 in Centennial Park, and boasts a lineup of The Flaming Lips, Allen Stone, Benjamin Booker, The Weeks, and more, we teamed up with the fest to host The Homegrown Harvest, a competition-style showcase where a combination of fan and judge votes selected one local artist to perform at SoundHarvest. Our five finalists were Nodaway, Easy Roscoe, James & the Wild Spirit, Luisa Lopez, and Mote, selected from a pool of countless talented submissions. Everyone sounded amazing, but in the end, Easy Roscoe took home the win, and were added as part of the newly announced Lightning 100 local stage at SoundHarvest. They’ll also receive a War Memorial Auditorium Attic Sessions video, so keep an eye out for that, and read out for our recap of The Homegrown Harvest below, complete with photos from Amber J. Davis! 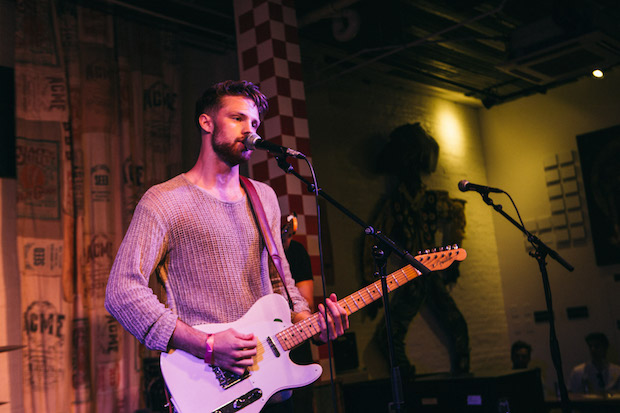 Typically, our Acme show begins a bit earlier, and caters to a big dinner crowd during the opening act, as more show-goers trickle in throughout the night, with two or three long sets from local and national artists. This week, things were obviously a bit different. The place was packed with performers, friends, and fans, while we handed out ballots and hosted a random drawing for the performance order. By the time Nodaway kicked off the show, the room was buzzing. With a three song (or 15 minute) limit, the pace of the night would obviously be much quicker than your typical Acme Tuesday, but with more bands than we’ve ever hosted and changeovers between them, the night would still go late.

The poppiest, trendiest, indie act on the bill, Nodaway took on the difficult task of opening the show, setting a bar for the other artists to meet. My first chance catching them live, I was excited to hear how their hook-laden, radio ready tunes would translate, and definitely impressed with the result. These guys undoubtedly have big things on tap for the future, and I can’t wait to catch a full show soon. 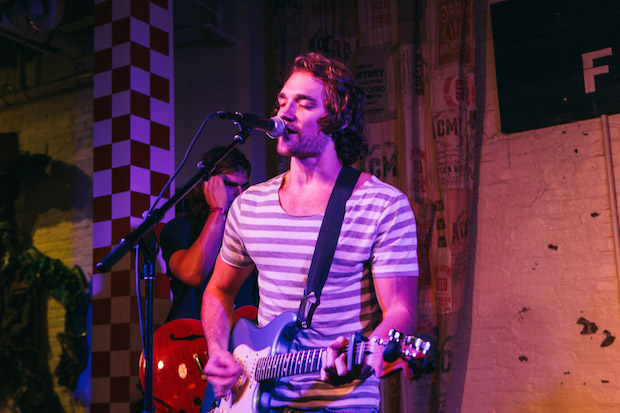 Our winner was determined by a mix of fan votes and a panel of judges, and, given the overwhelming audience response throughout Easy Roscoe’s set, their win should probably come as no surprise. The relative newcomers have been building a lot of buzz in recent months, and their party rock approach mixed diverse instrumentation with unexpectedly high energy and a ton of live polish. The group’s friends and fans turned out in droves, and their slick, quick set was enough to make them a judge favorite as well. A definite perfect fit for SoundHarvest, we’re glad to see them make their festival debut; no matter the outcome, however, every band at The Homegrown Harvest played a show worthy of a bigger stages, and they’ll all undoubtedly graduate to them sooner than later. 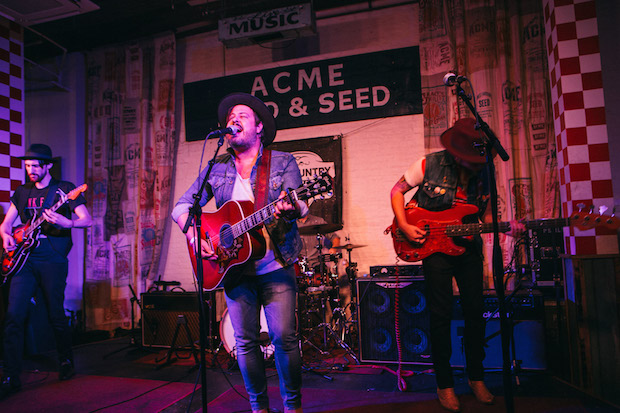 After Easy Roscoe ramped up the energy of the room, James & the Wild Spirit further pushed musical boundaries, bringing their unique blend of poppy, anthemic indie rock and western flair into a surprisingly diverse selection of songs. These guys are a great fit for Acme; a nod to Nashville’s roots with an eye towards the contemporary are more ambitious. Unfamiliar with them before this show, I’m now eager to see what they can do in a full-length, proper performance setting, and look forward to getting the chance to find out soon! 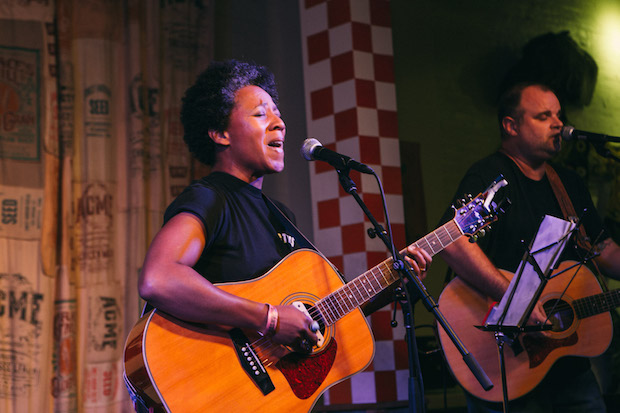 Our Acme showcases always boast a wide range of talent, from rock to funk to soul to hip hop, and The Homegrown Harvest was a definite extension of that. No two performers sounded alike, and Luisa Lopez, a longtime veteran of the local scene, brought a soulful, personal, country-tinged element to what was otherwise a more rock-leaning batch of bands. Packing in as much material as possible within time constraints, Lopez performed both with the assistance of acoustic backing players and solo, allowing her lovely voice room to breathe, and utterly captivating the room with calmer, hypnotic compositions. 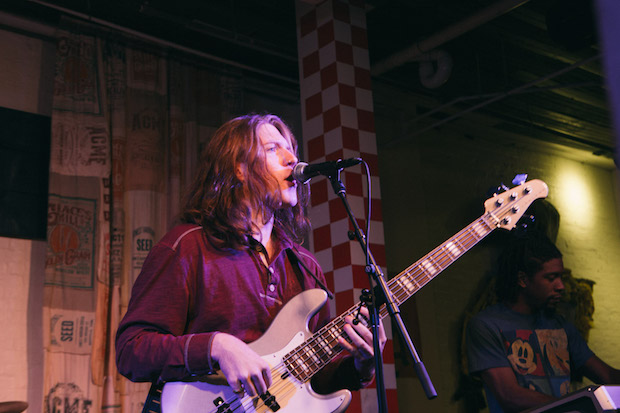 Rounding out the evening, Mote were the band I had the least pulse on going into the show, and, as a byproduct, was the most curious to see. Their sound is very eclectic, and I’d only heard the few tracks available online. Live, they were just as hard to pin down, channeling a healthy mix of influences and landing on a fresh, driving, rock and roll sound; definitely something that’s hard to absorb in just 15 minutes. Every band on the bill did a stellar job, and if it was up to me, they’d all be at SoundHarvest. Thanks to all who participated, congrats to Easy Roscoe, and see you all on the 17th!

Our free, weekly Acme showcase get back to normal this Tuesday, Oct. 13 with Ian Ferguson, Walking Man, and Zach Vinson. We hope to see you there!