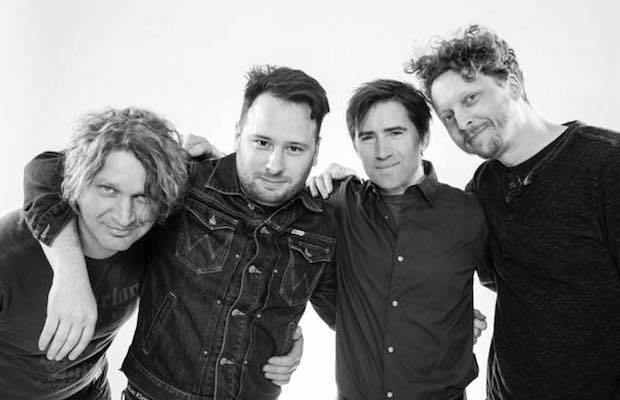 Earlier this year, The Damnwells released a self-titled album, the first to feature the original band lineup since 2006. The combination of original members Alex Dezen, David Chernis, Ted Hudson, and Steven Terry creates magic on the new record and anytime they play. The four will perform this Sunday night, Sept. 27, as part of Lightning 100’s Nashville Sunday Night at 3rd & Lindsley. They’ll be joined by singer/songwriter Jill Andrews, who is celebrating her record release. The show begins at 8 p.m., is all ages, and tickets are available here for just $10.

After seven years apart, The Damnwells’ singer Alex Dezen has said that he wanted to get the band back together and back to a place where they were happy making music once more. Their first original lineup album in nearly a decade, the self-titled, fifth LP is an effortless gem, one that makes it clear the four members have a real spark together. For a band who’ve shared the stage with the likes of the Dixie Chicks, Cheap Trick, and Bob Dylan, and been the focus of a critically acclaimed documentary, Golden Days, it’s abundantly clear that the group’s real magic is in their original lineup. Dezen has written great songs not only for the Damnwells, but also for artists like Dave Grohl and Jason Derulo. His live delivery is affecting and charming. The band’s magic is sure to come across well on the radio, too, and you can tune in on Lightning 100 to hear them play live if you can’t make it out to 3rd & Lindsley for the show.

Jill Andrews’ new album, The War Inside, came out just this week and is something of an anomaly in the singer/songwriter world. Instead of lyrics that focus solely on problems, Andrews addresses how she resolves them, sharing the process with listeners and giving people inspiration on how to tackle their own demons.