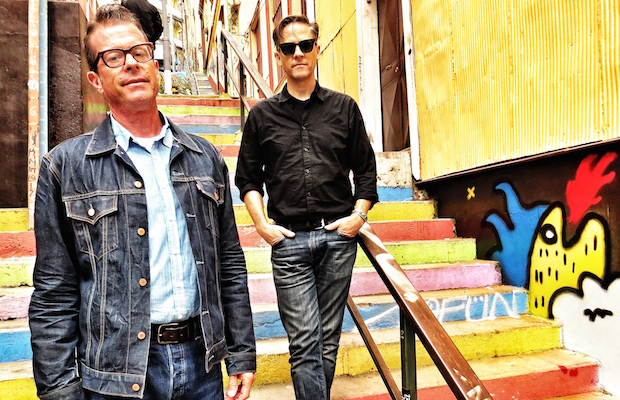 Over two decades since they got their start, Calexico’s latest album, Algiers, found inspiration in a place that fans might find surprising, but that seemed like a natural fit for the band. In a small studio space that was formerly a church, across the Mississippi River from New Orleans, Calexico conjured up the spirits of a city with a rich history. The result was their most accessible album to date and a great milestone in the band’s own rich history, which has included working with Iron & Wine, Willie Nelson, Nancy Sinatra, and more. They’ll be playing at Mercy Lounge tonight, Sept. 25 with Gaby Moreno. The show starts at 9 p.m., is 18+, and tickets are available here for $20.

Calexico are a band whose name alone, without ever hearing their music, would evoke the feeling of a certain place. Named after a dusty little town on the US-Mexican border, their sound has always taken in a broad range of influences while still being distinctly of a niche genre they almost etched out for themselves. On their new album, Algiers, they did precisely what they have always been best at; they allowed their songs to steep in the influences of a new place, in this case New Orleans, and let the place influence the songs, without steering drastically away from the Latin-inspired, rootsy country music they do so well.

With three full length albums and an EP under her belt, Gaby Moreno has had time to fully develop her sound, one that’s soulful and bluesy, and features her sweet voice, front and center. Moreno sparked the interest of a major label at just 17 years old and her song “Escondidos” won the John Lennon Songwriting Contest in the Latin category in 2006.