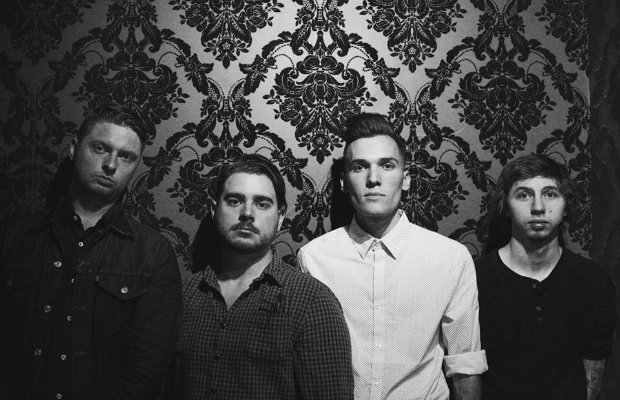 Nashville based Blinds just released their first EP, a droning, self-titled collection of seven songs, which are at the same time dark, moody, ethereal, and charming. They may have only been playing together for a short time, but the band sound like they’ve been at it for years. They’ll be joined at fooBAR by fellow Nashville acts Fauna Halo, Aave, and Lust and the Black Cat this Saturday, Sept. 26. The show starts at 9 p.m., is 21+, and will cost you $5 at the door.

Brian Zaremba started writing and recording under the name Blinds in a way not unlike how many people start musical projects. He was dealing with discouraging situations in many aspects of his life and was beginning to question whether he should continue pursuing music or give up on his dreams, after another project he was involved in didn’t work out. With help from a friend, Zaremba was able to record “Dana Sue Gray” and now has an EP of songs he wrote that he says will always be a snapchat of the time he was discouraged but was able to create something he felt had real promise.

Fauna Halo is the stage name of former Floridian Aubriana. While, in the past. she’s taken the stage as a one woman band, playing guitar, keyboard, xylophone, and more, today, Fauna Halo are a three-piece which includes a drummer and bassist. The band mimic Aubriana’s vocals, which range from yelling to whispers, and their live show is always evolving and sure to impress.

Dreamwave band Aave may have started off in 2011 as an indie rock two piece, but these days they have four members and play hypnotic, psychedelic music that pulls you in. No mere ambient, background music, their sound is an experience, something that seems to fully encompass you and demand your attention.

Lust and The Black Cat is the moniker used by Jessica Harold when she performs her dark, jazzy love songs. Her shows are always fun, with props like glitter filled pinatas showing up on stage.