[NO COUNTRY PREMIERE] Hear The Roosevelts’ New Single “Runaround” Ahead of Sept. 25 Release 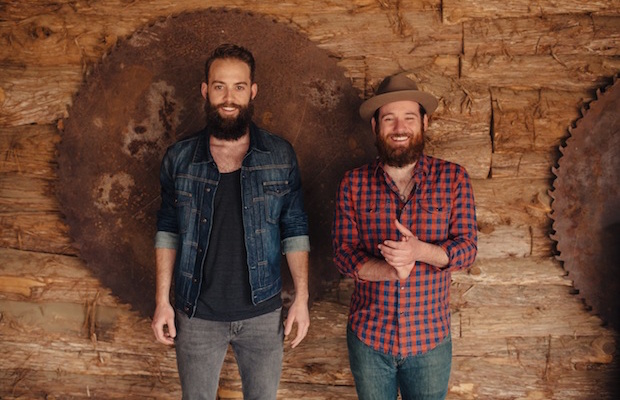 No Country is pleased to have the exclusive premiere of The Roosevelts‘ new single “Runaround” a day ahead of its official Sept. 25 release! We told you about this dynamic duo back in August when they opened for Kasey Chambers at City Winery and we were blown away by their entertaining live performance, their own brand of “rock – with some mandolin,” stellar songwriting, and perfectly harmonizing voices. On the new single “Runaround,” James Mason and Jason Kloess have crafted a quintessential break-up song that doesn’t suffer from sentimentality, but instead shows a strong “coming of age” realization that while break-ups are difficult, sometimes they are the key to moving on and finding the path we are destined for. The Roosevelts give us a heartfelt and upbeat alternative to the often sappy break-up tune, with a great groove, powerful voices, and of course, a few mandolin licks that gives them their signature sound and makes them stand out from the crowd. Listen to “Runaround” below, and catch the band on the road for their fall tour starting in October. We’ll be keeping our fingers crossed that a few Nashville dates will be added soon!

Basecamp Debut Stylish and Unsettling Video for "Watch My Back"