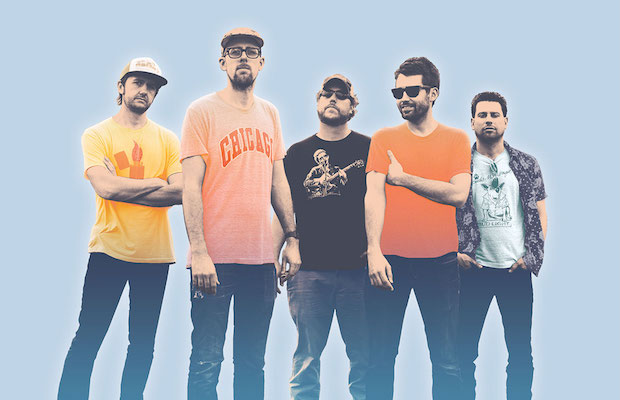 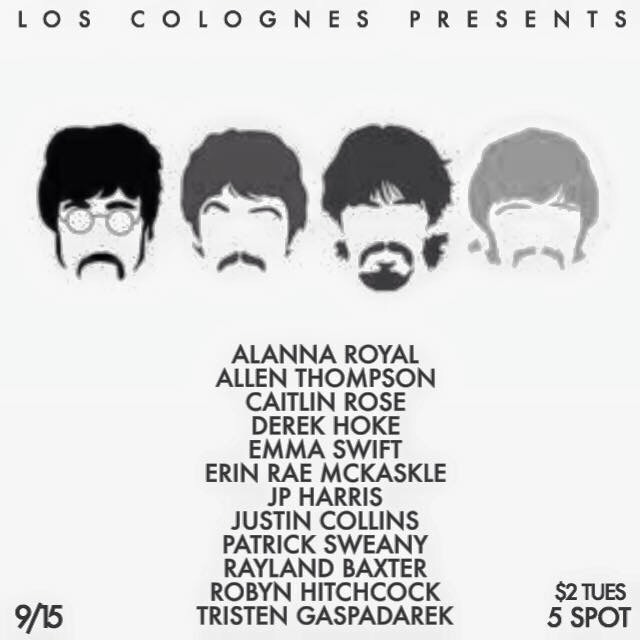 The 5 Spot was warm and muggy as always in the summer, and very crowded, but I felt warm for other reasons as well. My man and I saw a few friends that we joined and quite a few familiar faces in the crowd at this “Los Beatles” night. So many locals wanted to see this one night only tangential wandering of Beatles-related solo efforts. Somebody’s Darling started out the show, but, unfortunately, I popped in late and missed their set. I even walked in with the Those Darlins singer/guitarist, Nikki Kvarnes (also known as Nikki Darlin), who has been taking over lead vocals lately in lieu of Jessi Zazu (also known as Jessi Darlin), who is sticking more to the guitar and background vocals these days.

Next, Derek Hoke introduced “Los Beatles” and then he, Caitlin Rose, then Erin Rae sang some original songs before the covers started. Even this mini set was filled with ’70s, westward road trip vibes (due to Los Colognes’ backing) that prepared our minds for the post-Beatles numbers. Erin Rae was my highlight, with the combination of impeccable songwriting and a clear, clean voice, namely on “Clean Slate.” Her voice is similar to Jessie Baylin, with a glassy waters timbre, perfectly cut into a diamonds. It’s folk, and it’s singer-songwriter gold, with electro-cowboy sounds to back. Next was her “Minolta,” more country, more back roads folksy. Erin Rae’s light blue trench with a pastel-colored mini ascot of sorts around her neck was well-retrofitted, and she looked naturally gorgeous for the occasion. I almost can’t believe this was my first time seeing Caitlin Rose, and she stunned the crowd with her incredible voice (and I don’t use that adjective lightly) and Canadian tuxedo (dark denim on denim flares y’all). Caitlin said, “they call me shrimp pockets, sweet pants” and then hit that tambourine on time, with zest. Her wispy, Fleetwood Mac vibrato brings us to that flow-y, ’70s place which is so appropriate for East Nashville’s current psychedelic rebirth. She sang her well-received “Waitin'” and made it more soulful and rock than her original version.

Like American Band Stand, the room filled up with supremely talented lads and ladies. Rayland Baxter embodied Neil Young a bit on his version of “It Don’t Come Easy,” a Ringo Starr song. Erin Rae brought a feminine softness to Bob Dylan’s “If Not For You,” which George Harrison also sang. Justin Collins covered  “Gimme Some Truth,” a John Lennon song, as an intense trip. Jay Rutherford of Los Colognes sang “Jealous Guy” with the muses of Seals & Croft and John Lennon (it was a John Lennon song) moving through him while the band gave us a slow dance rhythm. Alanna of Alanna Royale sang “Comin’ Up” and friends in the crowd mistook it for a Michael Jackson B-side (and she licked that mic’ “like it ain’t no thang”). Patrick Sweany took on “Well Well Well” (John Lennon) and made it a bit darker, grittier. He birthed a blues baby on that stage with his gravelly vocals. Allen Thompson was on “Mother” and brought life and a Black Crowes tinged voice to this John Lennon tune. “Whatever Gets You Thru the Night” (John Lennon) brought up Robyn Hitchcock and Emma Swift. Why is it that the older folks on stage usually seem to have more life and love in them to me? They must know a secret that us youngsters don’t.

The show blazed on with artists passing the torch to those coming back to the stage in a post-Beatles holy karaoke session. Caitlin Rose sang George Harrison’s “Behind That Locked Door,” one of his more country-sounding efforts. Robyn Hitchcock came on to sing “All Things Must Pass,” which might be one of my favorite George Harrison songs. Then, the bearded JP Harris of JP Harris & The Tough Choices forayed onto the stage for “Honey Don’t,” a Ringo Starr number that jives fast, light, and happy like an Elvis tune. Derek Hoke played “Let ‘Em In,” a Paul McCartney and Wings song. Tristen finally joined the band to get the house movin’ and groovin’ with a great rendition of “Let Me Roll It.” Jay Rutherford ended the night with “Love is Strange,” Paul McCartney and Wings’ cover of a Mickey and Sylvia song that was first covered by Buddy Holly. Recycling is good for us, right? I think so. “Los Beatles” was a night full of friends and the best kind of people, the ones who love the music the most and send that love out into the air, upholding each other’s musical aspirations. This little community came together, and it renewed our faith in each other and in the music scene itself. 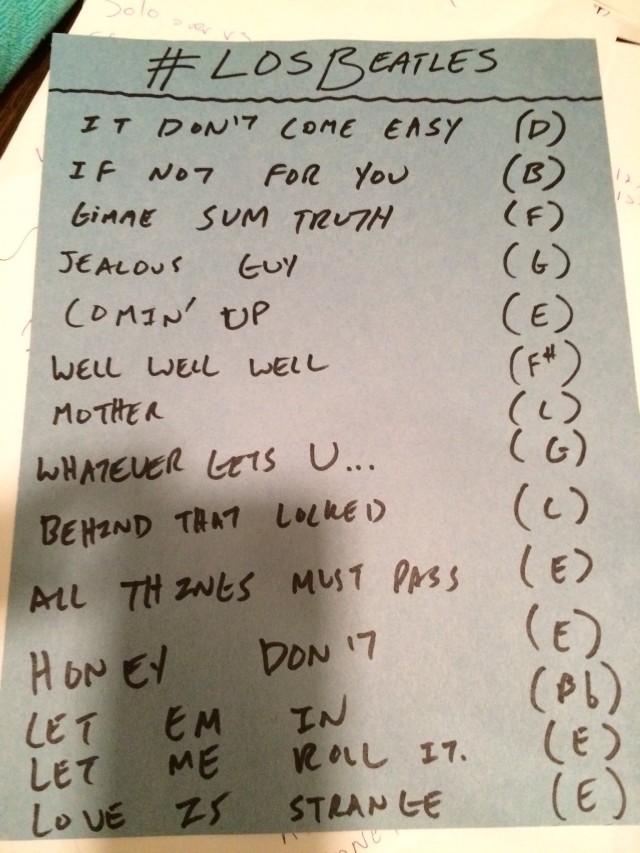