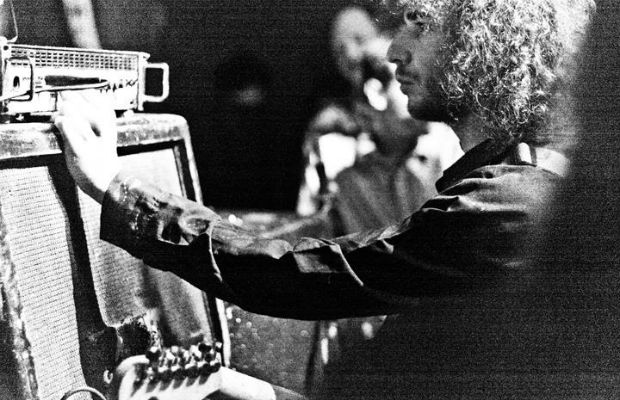 Yonatan Gat’s music is other worldly, a psychedelic amalgamation of sounds from all over the planet, encompassing jazz, African grooves, punk, funk, Cuban influences, and more. Gat, the former guitar player for Monotonix, puts on an intense show that, with his three-piece band, bounces between all their various influences and includes something for everyone. Also playing at Queen Ave. tonight, Sept. 21, are Chrome Pony and Hans Condor. The show starts at 9pm (doors at 8 pm), is 18+, and will be $10 at the door.

You’d have to expect the former guitar player for Monotonix to put on a high energy show, and Yonatan Gat and his band won’t let you down. They pull from influences the world over but are still distinctly punk. Their live shows are almost frantic, a frenzied onslaught of songs that it seems like the band has to get out of themselves and give to their audience. The new album, Director, features 11 songs that obviously are influenced by a range of cultures but are anchored in the roots of punk.

Brothers Kyle and Tyler Davis were born on the same day, two years apart. Whether that coincidence created some believe he was a psychic or fortune teller who created a cosmic energy between the two, as some suspect, is debatable. But whatever you believe about Chrome Pony, their chemistry on stage is undeniable. They were one of this year’s Road to Bonnaroo winners, and they’re a band we absolutely love every time we hear them play.

When someone asks you whether or not you’ve heard Hans Condor play, if you have, you immediately know the answer. They’re not one of those bands who you think you might have heard but you can’t really remember because they blend in with all the others. Hans Condor are a force to be reckoned with. You know if you’ve seen Hans Condor because you’ve watched the band knock over equipment, dive into the audience, and cause a ruckus anytime they’re playing. If none of that sounds familiar, and you haven’t seen them live, you need to. We suggest you make a point to get to Queen Ave early because they’re starting the party early, right at 9:00