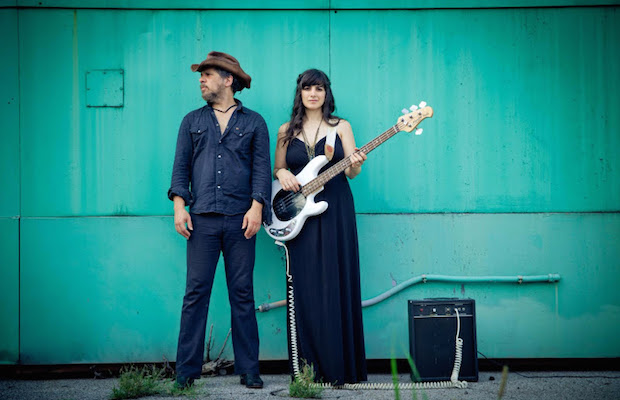 No Country is proud to premiere the new track “I’ll Take It All” from the blues/folk/Americana duo Scot Sax and Suzie Brown!  This cut off the debut, Our Album Doesn’t Like You Either, is straight up blues music, with Scot’s guitar wailing like the best of them and Suzie’s country drawl pulling you in, but instead of another predictable heart break tune, what we have here is a bluesy love song! As you would expect from this married couple! The new album will be released on September 25th, and tracks have been featured in Guitar Magazine’s Acoustic Nation and Elmore Magazine with strong reviews. Recently relocated to Nashville, this duo manages to stay extremely busy: Suzie is a Vanderbilt University Cardiologist who was recently invited to speak at TEDMED along with the U.S. Surgeon General; Scot is a Grammy winning songwriter and a documentarian whose latest film Platinum Rush premiered at the New Hope Film Festival this summer; plus the duo are new parents!  An East Coast Release Tour is planned for September, and will be back in Nashville to play The Basement on Oct 16.  In the meantime, you can dig into “I’ll Take It All” right here!