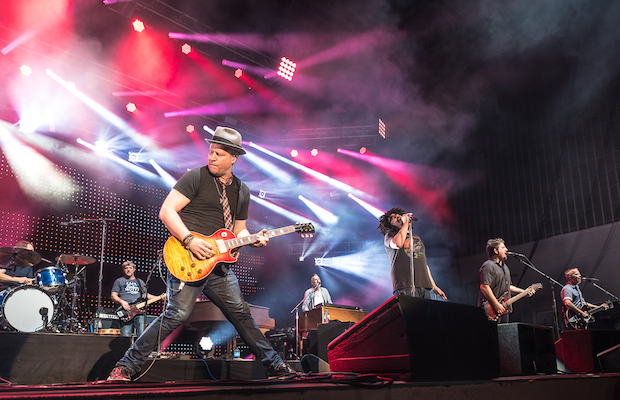 In Nashville, there are always at least a handful of good shows going on any given night. So when the new 6,800 person amphitheater is packed and there are even people camped out across the street on blankets hoping to be able to see the jumbotrons, you can expect that you’re in for a good show. And when a band can hold such a large Nashville audience’s attention for an entire show, you know their performance is something special. Counting Crows managed to do just that when they played at Ascend Amphitheater on Friday night. With support from Hollis Brown, who recently played the Crows Outlaw Road Show here, and Citizen Cope, the Counting Crows’ performance was captivating, with the band pulling out hit after hit. Read the full review and see more photos below. 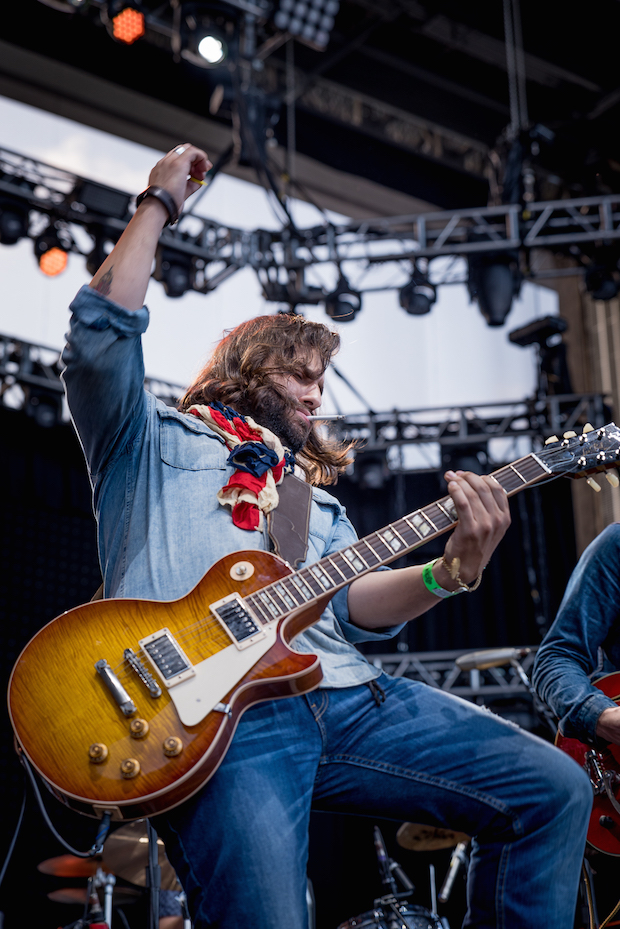 Starting off the night were recent Outlaw Road Show alumni Hollis Brown. Their set as Ascend was surprisingly different from their set a few weeks ago at the Adam Duritz-curated showcase. They were a perfect opener for the Crows, with many of their songs seeming to be heavily Crows influenced. Climbing atop monitors and playing cigarette-in-mouth-guitar-solos a’la Slash, even though most of the audience wasn’t familiar with their songs, they were able to put on a show befitting such a large venue and reach even the people on the back of the lawn. 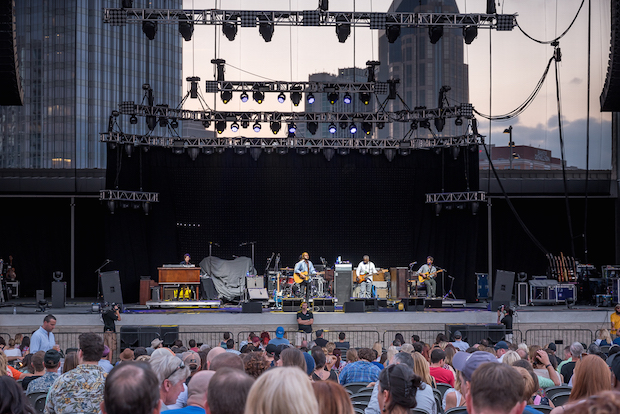 After the high energy set by Hollis Brown, Citizen Cope seemed a little subdued. Granted, he may not have been playing to his most concentrated audience, or a crowd as familiar with his music, but he seemed a bit distant during his set. A few die-hard fans in the front had obviously come just to hear him, and they seemed more than happy with his performance; and, of course, his well-known hits like “Bullet and a Target” did get more audience members up on their feet. Cope’s band was fantastic, and, admittedly, when he took the stage, at least half the seats were still empty, which can certainly have an affect on the overall vibe; still he provided an enjoyable stopgap before the main attraction took the stage. 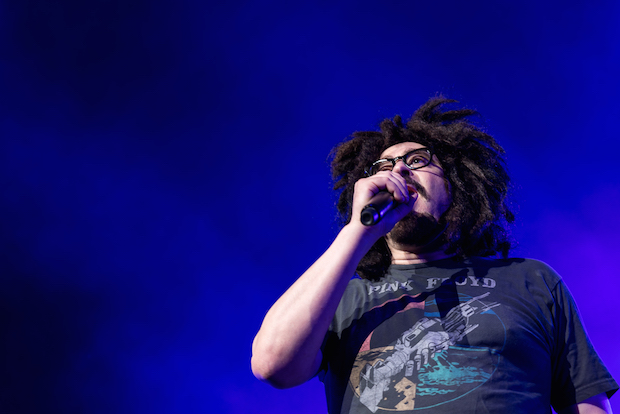 One of the nicest parts of the Counting Crows set was when Adam told the audience not to worry about what everyone else was doing but to enjoy the show the way you felt like, whether you wanted to stand up and dance or sit down for the entire thing. Before that, there had been an audible divide in the audience; some people sitting, some standing, most cajoling their friends to sit or stand with them. The dichotomy of a seated rock show somewhere like Ascend, or The Ryman, is that it’s still a rock show. Some people really do want to stand up and rock out, but a lot of people see it as an opportunity to sit down and really pay attention.

Counting Crows shows are often a good time to do the latter. In reality, Adam Duritz is as much a poet as a songwriter, a spoken word artist who happens to be a great singer and frontman. But the power of his performance lays in the subtle nuances of his wording, how he changes a phrase here and there, how he emphasizes each syllable, the pauses he takes between words that make you see the song in a whole new light. And if you were at the Counting Crows secret set at their Outlaw Road Show at Mercy Lounge a few weeks ago, you might have been expecting a quiet, subdued, acoustic performance where everyone would be sitting down and listening for all of those things.

Instead, the performance at Ascend saw Duritz doing all the things he does so well, but in a way that was only amplified by having the full band playing and by the massive size of the audience. The subtleties of his vocals were still there, but they were balanced atop what the band was playing; they were the icing on the cake, an important part of the show but not the only star on stage.

Of course, it almost goes without saying, that the Crows have enough hits under their belts to keep the audience singing along from start to finish. The renditions of all their songs were good but they also tackled a few covers, which really stood out, including a fantastic version of Jackson C. Frank’s “Blues Run the Game.”

From start to finish, the Counting Crows’ set was nearly flawless. They played all the expected hits and managed to include just the right covers to keep things interesting. While their secret set at Outlaw Road Show was something special, it’s evident that they’re in their element playing with a full band, to larger audiences who can appreciate both Duritz’ talent for delivering meaningful lyrics and the band behind him that makes it work so well.