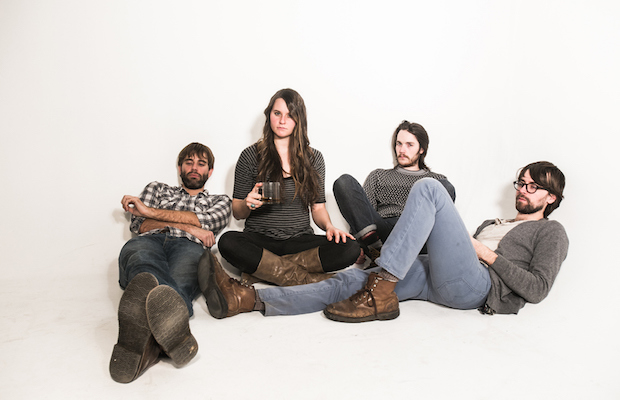 Soulful brother/sister duo Erika and Derek Porter will be playing with their band Pageant tonight, July 10, at The 5 Spot. They’re getting ready for the release of their new album, Endless Sun, which will come out this fall. They’re sure to play plenty of new songs, including one they filmed a music video for just this week. For just $5 at the door, you can also catch Nashville based three-piece The Mac Leaphart Band, and occasional Nashville resident Joe Firstman with his band, Cordovas, which tonight features Brian Wright and Jon Loyd. This show is 21+ and starts at 9 p.m.

Nashville based brother and sister Erika and Derek Porter are joined by Stephen Allbritten in their band Pageant. The group’s most recent album, Royal Blue, is available now, and they’re already planning to release a new one, Endless Sun, in the fall. Their songs are an unexpected, but exciting, blend of 1950s pop, country, folk, indie, and soul, sure to entertain in a space like The 5 Spot.

Mac Leaphart and his band released their latest album, Low in the Saddle, Long in the Tooth, in February of this year. Leaphart had worked on the album for over three years after being diagnosed with a brain tumor in 2011. After the tumor was removed, his friends in his native Charleston put together a benefit for him, where artists like Shovels and Rope covered his songs. Six months later, he moved to Nashville, where he’s hosted a songwriters’ night at Soulshine Pizza Factory. He now leads his three-piece band in raucous, honky tonk rock and roll.

Tonight, Joe Firstman will make a tour stop at The 5 Spot, along with his band Cordovas. While Firstman never stops for long, touring most of the year, and splitting his remaining time between his homes in Los Angeles and Mexico, the talented performer often finds himself in Nashville and writes and records here between tours. Last year, Cordovas even took up a short residency at The 5 Spot and this will be their second show there this year. Firstman co., including Jon Loyd and Brian Wright, make frequent appearances in town, but his tendency to play such varying versions of his songs makes each show wholly unique and captivating.