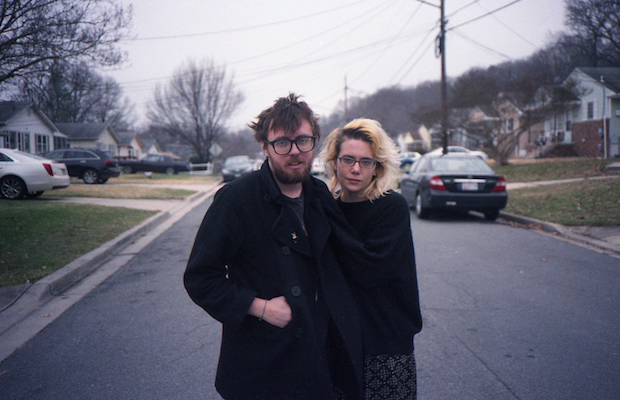 Fast-rising local up-and-comers the all-girl alternative pop band Daddy Issues just released their debut record on Infinity Cat, and are opening up for Elvis Depressedly, Mitski, and Eskimeaux at The End on this Saturday, July 11. Mitski and Eskimeaux are both New York-based indie rock female solo projects with recent acclaimed records under their belts, Bury Me at Makeout Creek and O.K. respectively. Elvis Depressedly are also coming off a brand-new full-length that has been described giving as their most positive outlook yet, a big change in mood for the typically morose and moody bunch. That’s four bands with buzz-orthy new tunes all in one night. Read on for more on the lineup.

Indie trio Elvis Depressedly come from Asheville, NC and were founded by Coma Cinema frontman Mat Cothran in 2011. They’re just coming off their fourth full-length release, New Alhambra, which is being described as Cothran’s most optimistic work to date, created with the mantra “no more sad songs.” This came as a surprise to fans who have known his past five years’ worth of work, but it has gotten the positive reception to indicate that the shift in perspective hasn’t damaged Cothran’s low-fi indie pop.

The title of Mitski’s album title Bury Me at Makeout Creek is a Simpsons reference, and the record features a lot of grim, sneaky humor underneath an examination of failed relationships and a tendency for self-destructive behavior. She performs her artfully messy deconstructed indie pop-rock with a minimalist set-up of just her, a guitar, and a drummer, all the better to highlight her songwriting.

Eskimeaux is the solo project of New York City-based songwriter and producer Gabrielle Smith, who writes beat-driven pop music anchored by her strange and poetic lyrics. She performs with a four-piece live band that includes musicians from the Brooklyn art collective she helped found called The Epoch, which also counts Mitski as one of its members. Her new release O.K. is more intimate and less electronic than Eskimeaux’s previous records.

Local darlings Daddy Issues are getting a lot of attention from their recent Infinity Cat release Can We Still Hang. The all-girl grunge-pop trio are quickly becoming the next big thing in town, so come out and see what all the fuss is about.

Elvis Depressedly, Mitski, Eskimeaux, and Daddy Issues will perform Saturday, July 11 at The End. The show is 18+, begins at at 8 p.m., and tickets are available for $10.