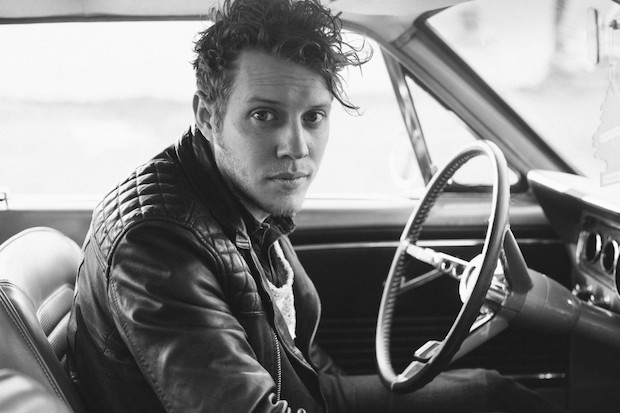 Neo-soul, Americana and blues rock ’n’ roll crooner Anderson East has officially released his much anticipated debut LP, Delilah, TODAY, and let us tell you it is very impressive. The record captures his unique vocals, inspired song writing and genre spanning back-up band wonderfully. The LP is also the first release on super producer Dave Cobb’s (Sturgill Simpson, Jason Isbell, Kristin Diable) new Elektra Record imprint Low Country Sound. Anderson, a local via Athens, AL, is in the middle of a massive summer/fall tour, which will bring him back to Music City July 24th for his official hometown CD release show at the original Basement. Tickets are just $5, and we have a feeling with the amount of buzz surrounding this guy, and the limited space available, this show WILL SELL OUT, so get on it now. If you miss out, or are unable to attend, he’ll be back in town this September for Americana Fest as well. For now, click on after the jump for a quick album review and get your hands on a digital or hard copy of Delilah ASAP!

We’ve already had the privilege of seeing Anderson East put it down live twice; once opening for Sturgill Simpson (read this post) and again in the warm-up spot for JJ Grey & Mofro (read this post). We can assure you he is ready for prime time and headlining spots. His days of being the opening act are surely numbered, but you don’t have to take our word for it, because his new record is the proof in the pudding.

Short and sweet (the album is just ten songs long, nearly 33 minutes on the dot) Delilah has the perfect amount of soul, blues, rock and even slight country vibes that have come to personify East’s sound. The record kicks off with the Motown inspired “Only You,” which has simple but honest lyrics, epic organ playing and just a dash of brass lacing the background. Sometimes it feels like Anderson was born in the wrong decade, more at home at the height of soul music, rather than being another ambassador for it’s current resurgence. He changes gears on the next track, “Lying In Her Arms,” which is a polished country-rock ballad more akin to Jason Isbell than Sam Cooke. Later, on “Devil In Me,” the horns are back, with heavy Tom Waits influenced piano/singing, although Anderon’s voice sounds much cleaner. The background vocals also add a wonderful fullness to the track, which is easily in my top-three for the entire album.

“She’s my Delilah,” he sings on the mentioned song. “She could be an angel, ‘cause she’s bringing out the devil in me. So forgive me, for what I’m thinking. Saturday night and I’m high, and I’ve been drinkin’.”

Other tracks worthy of note are the minimalist acoustic guitar number “What A Woman Wants To Hear,” the lead single and album closer “Satisfy Me,” and probably my favorite song to see him perform live “Find ‘Em, Fool ‘Em, Forget ‘Em,” which is a George Jackson cover. My only gripe on an otherwise STELLAR debut LP is that a little bit of the grit and rasp of his wonderfully unique voice is lost in the polish of the recordings. If you’ve seen Anderson East live, you know exactly what type of sound/singing I’m talking about. To me, it’s part of who he is, and it shouldn’t be glossed over for a record, even though his voice does sound beautiful on Delilah (which is probably what they wanted him to sound like). Equally important, the production quality is 100% dead on; Dave Cobb is sure to have yet another hit on his hands. I also look forward to a live album from Anderson (that isn’t only on Spotify) that features the live performance, super jammed out version of his Jackson cover, which can last four times as long as the the very brief (2:34) Delilah version.

Of course these are just one man’s opinions, and what the fuck do I know, I’m just a music blogger. Decide for yourselves when you get your hands on the record, which we highly recommend you do because it is one the best we’ve heard all year, local or national. While you’re at it, get hip to his social’s and check out a live recording of “Find ‘Em, Fool ‘Em, Forget ‘Em” below, and whatever you do, reserve final judgement until you see him live July 24th at The Basement or later in September at Americana Fest. We think you’ll be just as eager to jump on the bandwagon as we were, but hurry up, because seats will be filling up fast.