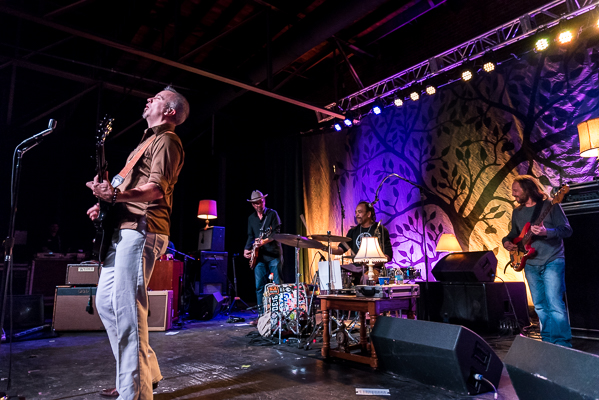 North Florida swamp rocker JJ Grey and his standout backing band Mofro nearly tore the roof off Marathon Music Works last week, and we were there to document the shenanigans. Talented local singer songwriter Anderson East took opening honors, and neither he, nor the headliners disappointed. We have a full review, and some great photos from contributing photographer Brian Hill, so click on after the jump.

One of the many perks of being a part-time music journa … I mean blogger, is being introduced to stacks and stacks of new music on a weekly basis. Hiding within one such stack, several weeks ago, was JJ Grey & Mofro, a band that has been around for a while now, but one I knew nothing about. As I listened, and became versed in his catalog (full review of his latest LP here), I soon found he was the only thing I listening to for a month plus. I was hooked. When the opportunity to cover him came up, I jumped at the opportunity. Throw in some superb local talent to kick things off, and you have the recipe for another great Thursday night in Music City. 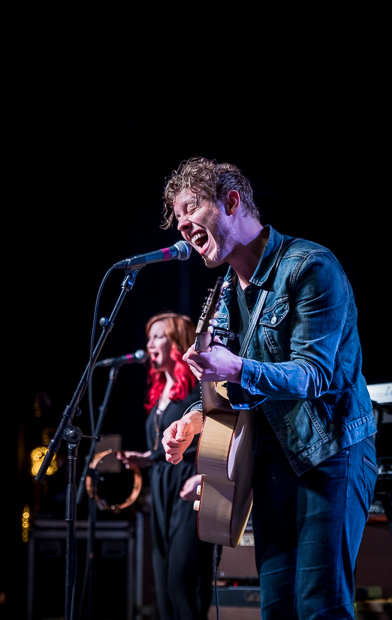 Calling Nashville home, but originally hailing from Athen, AL, Anderson East is a name I’ve been hearing around town for a long time. It was my first time seeing him live, but buzz surrounds him like flies on honey. East came out with his eight member band, and from the jump it was obvious they were there to go off extra big. His soul, blues, and funk style arrangements were the perfect backdrop for his unique vocals, a Tom Waits gargling razor blades rasp, with a surprisingly soft finish, a little Smokey, like Ray LaMontagne, but much more in your face with his high energy. He bounded around stage when he wasn’t playing his guitar, quick to let members of the band take the reins, and jam out a solo, Bruce-Springsteen-blue-collar Americana lyrics, plus Anderson’s version of the E Street Band backing him up. It was very nice indeed. All of Anderson’s originals were wonderful, and he closed with a super jammed out version of George Jackson funk classic “Find ‘em, Fool ‘em, & Forget ‘em,” much to everyone’s delight. 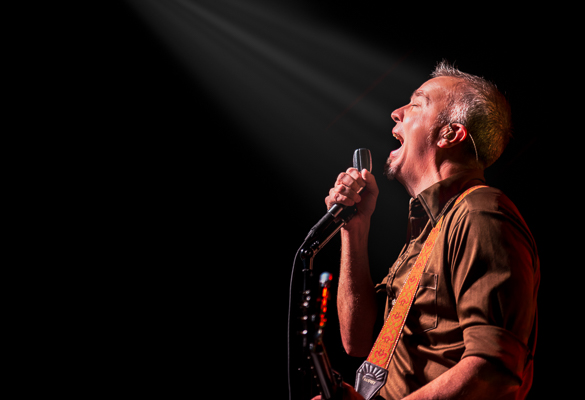 After a trip to the bar, and managing to squeeze up to the very front of the growing crowd, JJ Grey & Mofro soon came out guitars blazing on a new track entitled “Hold On Tight.” There would be little time for anyone to catch their breath from that moment on. The first thing I noticed, after the shredding, was the configuration of the band in relation to JJ. There was a semi-circle formed around the singer by the other members of the group, putting him up front and center, very obviously the star of the show. As a first timer seeing them all do their thing, I sensed a disconnect from the frontman and his band at first, because of this bizarre invisible barrier built between them. But as the show powered on I soon realized this couldn’t be further from the truth.

Of course, JJ is the face of the group; pure joy personified. He beamed the entire show, and raised the crowd’s vibe with each passing song. However, the band was loving every second just as much as him, and Mr. Grey would make a point to let each musician get their turn to blow our minds. Everyone got their chance at a solo. We could literally feel the energy rise with each chorus. He’d take time in-between songs to do a Story Tellers style ditty about where the song came from and what it meant. The legion of die hard fans all around us in the front rows seemed to hang on every word, enjoying that he took the time to do this. As the show continued to get funky, fresh and fancy free, the dancing commenced, and wouldn’t let up on any of the cooking’ numbers for the rest of the evening, including a super rowdy rendeison of “Country Ghetto.” Later, the crowd singing every word to an old favortie, “Lochloosa,” was awe inspiring, and by the end I had the feels running up and down my spine.

For the encore, he let his bandmates take a whole song on without him, leaving them to jam the fuck out for what felt like thirty minutes straight, while he took a seat on an amp and clapped along to the beat. He came back for the last couple, but he dropped his shoes, and danced around the stage, banging his tambourine in his socks. One of the most high energy people I have ever seen live. I came to the show a newbie fan, but I was leaving a devotee to the church of Mofro. ANY CHANCE YOU GET, please do yourself a favor, and see them live, but be ready to sweat and groove, because it’s definitely that kind of party. Also, don’t forget to check out some great shots from staff Photographer Brian Hill, below!