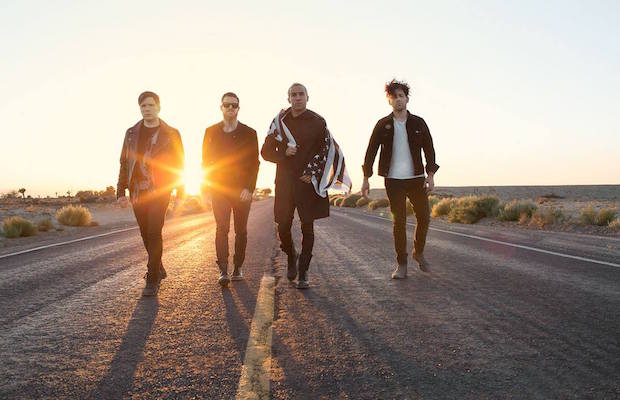 As we announced a few months back, pop punks turned arena rockers Fall Out Boy are set to return to Nashville for the third year in a row (an annual occurrence since the group first reunited at the start of 2013) this Sunday, July 12 at Bridgestone Arena for their largest Music City show ever! Co-headling with breakout Pittsburgh rapper Wiz Khalifa, the run, dubbed “The Boys of Zummer Tour,” also boasts New York MC Hoodie Allen in the supporting slot. Tickets start at a reasonable $20, and they’re still available right here.

It’s been an interesting few years for Fall Out Boy, who bowed out at the height of their fame in 2009, only to reform four years later rejuvenated and, to the shock of the general scene, able to reinvent themselves and regain mainstream popularity. Helmed by Butch Walker, their comeback album, Save Rock and Roll, took an ambitious, turbo-charged turn to the side of pop rock and alternative, giving way to a more arena rock ready sound with their latest, American Beauty/American Psycho. A perpetually complicated band, the Chicago natives managed to churn out an ode to hardcore punk, PAX AM Days, made over a weekend with the assistance of Ryan Adams, between the two, and, over the last few years, have alternated between massive global tour dates and initiate, fan-service pop up shows. Punk spirited but pop accessible, Fall Out Boy combines the lyrical and conceptual prowess of bassist Pete Wentz with the unbelievable musicianship of frontman Patrick Stump, allowing them to organically transcend the confines of the Warped Tour and Hot Topic scene to become something of a mass appeal, global musical phenomenon. Offering a career-spanning set catered to new fans and old, the band’s current run is a quintessential summer show, and one you should drop any lingering musical pretension for just a night to enjoy; trust us, you won’t regret it!