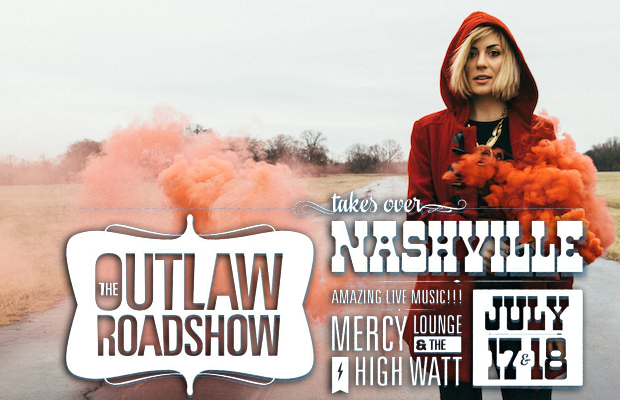 Co-founded by Ryan Spaulding (radio host and founder of the popular Ryan’s Smashing Life blog) and Adam Duritz (of Counting Crows fame), The Outlaw Roadshow is a curated musical showcase (similar to Communion) which is, for the first time, hosting an event in Nashville on July 17 and 18 at Mercy Lounge and The High Watt. Totally FREE and boasting an incredible, growing lineup, the Music City installment is presented by Lightning 100 and Native, among other talented partners, and we’re thrilled to announce that we’re also curating a block of our own as part of the 30+ artist set. As they’re announced over the next few days, we wanted to make sure you really got to know our hand-selected artists, so we’re kicking things off with a spotlight on the first one: CAPPA!

If you’ve been keeping tabs over the last couple of months, you’ve definitely noticed us raving about CAPPA, and we’re not alone. Landing multiple top 10 tracks on The Hype Machine, cracking the top 10 in Spotify’s U.S. Viral Chart, and receiving praise from the likes of SPIN, Noisey, and countless others thanks to her incredible debut EP (which dropped in late May, the same night she played our Acme showcase), CAPPA seems to be an an unstoppable career trajectory, and is the heir apparent in being crowned the mantle of new queen of Nashville indie pop.

Though she previously made music under her full name Carla Cappa, achieving some attention through her pleasant pop rock tunes, and even backing bands like Passion Pit, it wasn’t until earlier this year that the Philadelphia-bred songstress reemerged with her new sound and shortened moniker, ready to take over the world with her dense, hypnotic, r&b and hip hop infused flavor of indie/electro pop. A stunning performer well-deserving of her overnight attention, CAPPA is clearly just getting started, and seems poised to have a massive year; just remember, you heard her here first.

Find out way more about her in this episode of our No Country For New Nashville Podcast, and be sure to cast your vote for her in this year’s Music City Mayhem competition (looks like her next round is Friday, July 10), if you’d like to see her perform at Live on the Green!