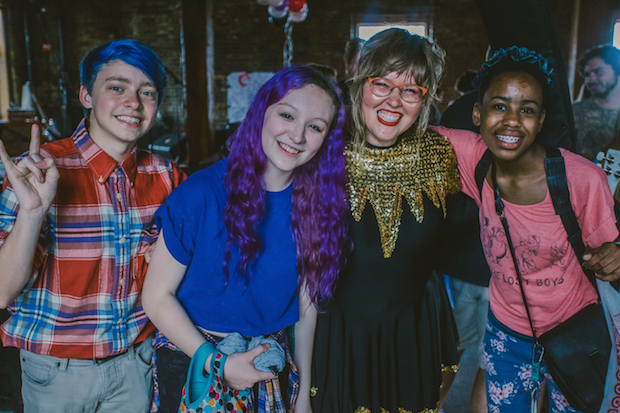 You know those lucky people who brag about having seen your favorite band back when they were playing tiny clubs? For me it’s the jerks in Detroit who got to see The White Stripes play the Gold Dollar back when they were still married and Jack White was making chairs for his day job. Well, what if you got to see a future famous musician play before they’re even out of middle or high school? This week and next will be your chance to do that, as the Southern Girls Rock Camp and the Tennessee Teens Rock Camp are helping budding young musicians learn their craft and build confidence through a week of training with some enviable performers, culminating in a showcase performance to show off their new skills and learn the art of playing in front of a crowd.

Both camps help kids between the ages of 10 and 17 learn about the music industry and form their own bands during the week, which they’ll perform with at the end of the week during the showcase. These camps get a lot of local support from the music community, with bands including Idle Bloom, Margo and the Pricetags, Those Darlins, Churchyard, and Wild Front playing for the kids to show them the ropes. The kids also learn about other aspects of the music industry, like DIY band promotion taught by Exit/In’s booking agent and screenprinting to make band shirts. The overall goal is to empower youth through music, which is a pretty cool thing to do in our book.