[TONIGHT] Jammin’ on Cannery Island at The High Watt | feat. Roots of a Rebellion, The Chinese Connection Dub Embassy, Floralorix and More! 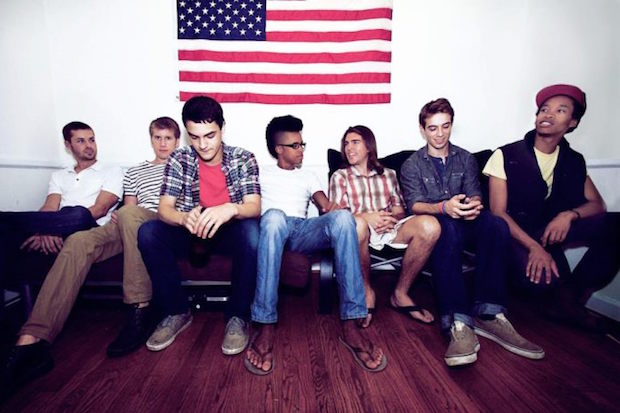 Music City, get ready to be transported to the Caribbean, because The High Watt is bringing you the best in the budding Tennessee reggae community TONIGHT, for just $5 (?!). You’ll get to see Roots of a Rebellion headline, plus The Chinese Connection Dub Embassy, Floralorix, Ras Adam and the Dubraelites, and Jo’shua Odline. The music starts at 8 pm, and all the performers will bring island rhydems and dub beats that are so infectious, you might have a Jamaican accent once you leave the show. Read on after the jump for more info on the bands, and don’t miss one of the best showcases all weekend.

Arguably the biggest name in the rapidly expanding middle Tennessee reggae scene, Roots of a Rebellion, or simply ROAR to their growing legion of fans, have been building their brand the old fashion- one gig at a time. Opening for national acts the likes of The Wailers, Slightly Stoopid, Rebelution, moe, North Mississippi Allstars, SOJA, and NEEDTOBREATHE, ROAR have a debut record, Heartifact, you need in your rotation pronto. We caught them in the opening slot for Trombone Shorty this past winter (read this post), and can’t wait to see for ourselves how much they’ve grown in the last six months or so. Have a sample below, and be there tonight when they are driving this crazy reggae train of peace, love and fun!

Far from just another reggae band, The Chinese Connection Dub Embassy sample their sounds from a wide variety of genres including classical, R&B, gospel, heavy metal and hip-hop. The five member collective originally hail from all over the country (New York to Mississippi) but now call Memphis home, where they churn out hard hitting original tracks, and, of course, a standard dub cover or two. In between a steady tour schedule through out the south east, the Embassy has been hard at work on a new record to share with masses, but you don’t have to wait another day to see them put it down live.

A relatively new band on the scene, that formed from the ashes of two other local reggae bands, Floralorix have completed their debut record, Bloombox, which is set for a release later this summer. The No Country Presents alum (read this post) were also kind enough to let us debut their first single from the album entitled, “Am The One,” and we can’t wait to see them perform live, again, on this super heady bill.

Ras Adam and the Dubraelites

Uplifted by the hands of Jah (Haile Selassie and/or God to Rastafari), Ras Adam and the Dubraelites are reggae at it’s purest and hardest form. The massive, eight member ensemble is how we imagine Bob Marley and The Wailers sounded when they were getting their start, way back when in Jamaica. Another signee to local dub heavy label, Dub Cellar Records (as are Floralorix), Ras and his crew will show you what “Nashganistan” (aka Nashville) is all about.

Born in Jefferson City Missouri, and growing up in New Orleans/Winston Salem, North Carolina, Jo’shua Odline has been calling Music City home for awhile now. A guitar virtuoso, Odline draws influence from Bossanova, Reggae, Blues, soul, and the birth place of almost all those music styles, Africa. His Ethiopian and Haitian ancestor also play a big role in shaping the artist you’ll see opening up this fantastic bill. Get a taste below and get to High Watt early, so you don’t miss a single song from his set.

Roots of a Rebellion,The Chinese Connection Dub Embassy, Floralorix, Ras Adam and the Dubraelites, and Jo’shua Odline will perform TONIGHT at The High Watt. The show is 18+, begins at at 8 pm (doors at 7), and tickets are available for $5 at the door.