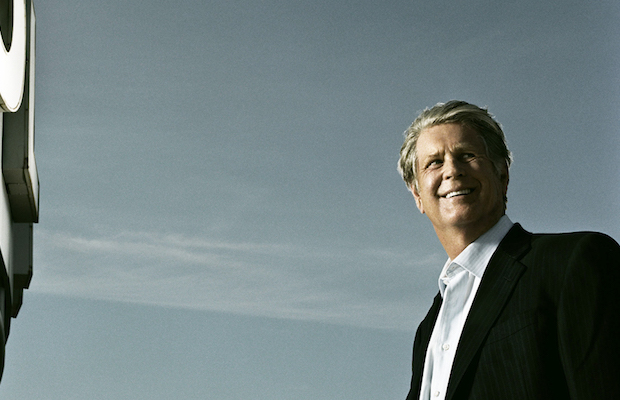 Let’s make one thing clear right off the bat: while this is technically being billed as a Brian Wilson show, the legendary singer and producer’s performance this Saturday, June 26 at the Carl Black Chevy Woods Amphitheater (formerly Fontanel) with Rodriguez is about the most authentic Beach Boys experience touring today. At their height of relevannce, Wilson was The Beach Boys, writing, producing, and performing their most celebrated works, including Pet Sounds, one of the greatest pop albums of all time. Wilson’s current setlist is almost entirely made up of Beach Boys classics, and even his backing band boasts Al Jardine and Blondie Chaplin, two bona fide Beach Boys (which is one more than Mike Love’s version of “The Beach Boys,” if you’re keeping count). Though he’s not always given his due credit, Brian, at his creative height, was every bit as important and prolific in shaping the sound of popular music as artists like John Lennon and Paul McCartney, and he is inarguably one of the greatest artists to ever live. You would be crazy to pass up an opportunity to miss this piece of musical history, but, if you need any extra convincing, we suggest you visit this link and take a gander at the special deal we’ve been able to uncover (at that price, you should never pass up any concert; ever; really, just take a look). Find out way more below!

Inarguably one of the greatest and most important writers and producers to ever live, Brian Wilson‘s attraction to music began in childhood, and helped him guide his band, The Beach Boys, to international stardom while barely out of high school. Granted almost total creative freedom and production duties in an era when such a thing was unheard of, Wilson preferred the studio to the road, and largely remained absent from the group’s live outings throughout the ’60s, even through the heights of their popularity. Falling deeper into drug use and granted increasingly more control over the band’s artistic direction, Wilson departed from the Southern-California-culture-as-commodity songs about surfing, girls, and cars, and, in doing so, changed the face of pop music forever, with his sweeping, lush, and orchestral masterpiece Pet Sounds in 1966. Employing expanded use of sounds (including non-instruments), pioneering new production techniques, and effectively paving the way for the “studio as instrument” approach that countless artists continue to embrace today, Pet Sounds, though not a smash hit at its time, has become known as one of the greatest albums in history, and Wilson, with his compositional and production genius, is every bit as key in shaping the sound of all music to come as peers like The Beatles and Phil Spector.

Unfortunately not as often awarded the highest level of credit he’s due, Wilson largely spent the late ’60s to the mid ’90s making music only intermittently, battling addiction and mental health issues, manipulated by a therapist, and perceived by the public as eccentric. Over the last two decades, his health has vastly improved and, though still mostly estranged from his former band (he would, however return to make a well-recived comeback album with The Beach Boys in 2012, and subsequently embark on a 50th anniversary tour), Brian has released a string of solo albums, both new and old (including a reimagining of The Beach Boys’ infamously abandoned Pet Sounds followup, Smile), and returned to regular live performances. Though he’s celebrating the release of a new LP, the guest-filled No Pier Pressure, Wilson is mostly sticking to the hits in concert, performing many of the best known songs from his most prolific time with The Beach Boys. Joining him on the road are Beach Boys Al Jardine and Blondie Chaplin, making this experience about as authentic (let’s be real, it’s even more authentic) than the Mike Live-led group still using the name. While Wilson is in good health, his tour plans and musical activities remain hard to predict, so we suggest that you see this living legend now, in an incredible outdoor setting, while you know you still can! (Psst, you will not find a better deal on tickets than right here).

The subject of 2012 Academy Award-winning documentary Searching for Sugar Man, Sixto Rodriguez, who performs under the moniker Rodriguez, has had the strangest of career paths. A folk musician from Detroit, Rodriquez released just two albums in the early ’70s, finding modest belated fame in Australia, where he briefly toured towards the end of the decade, before largely stepping away from broader musical ambitions. Unbeknownst to him, his popularity surged in South Africa, where his records outsold Elvis and drew comparisons to Bob Dylan and Cat Stevens. Rumored to have committed suicide, two fans from Cape Town embarked on a quest to locate Rodriquez in the ’90s and disprove this rumor, a quest which became the basis of the Sugar Man documentary. Amassing a loyal and unexpected overseas fanbase over the last decade and a half since returning to touring, the singer finally found long-0verdue success stateside after the film’s release, and has been regularly playing shows in America in recent years. A compelling and supremely gifted songwriter and performer, his set is definitely worth showing up early and grabbing a good spot for!

Brian Wilson and Roriguwz will perform Saturday, June 27 at the Carl Black Chevy Woods Amphitheater. The show is all ages, begins at 7:30 p.m. (doors at 6 p.m.), tickets are available for $40-85 here, and box seats are $170 here. You can also get lawn tickets for a SIGNIFICANTLY LOWER PRICE (like, for the spare change in your pocket) using this special link.

Morrissey Show Moved from Opry to Ryman, July 2 to July 3