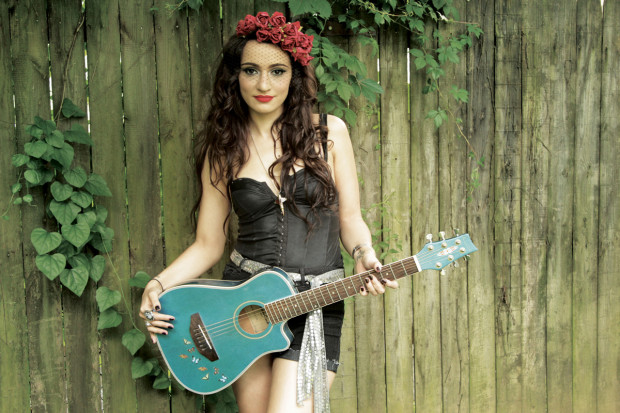 Alt-country americana singer-songwriter Lindi Ortega cut her teeth for nearly a decade in her hometown Toronto’s indie scene before relocating to Nashville. Her brand of super authentic country music infused with traditional folk music of America and Mexico as well as gospel, soul, and alternative rock make her much-adored by critics and music lovers but not quite as heavily embraced by the country establishment. Ortega is about to put out her fourth full-length, Faded Gloryville, the follow-up to 2013’s Tin Star, and she’s just released the first track from the new album, a spare heartwrencher with tremolo guitar called “Ashes.” Ortega worked with some pretty notable names on this album, including John Paul White (formerly of the Civil Wars), Dave Cobb, and the Alabama Shakes’ Ben Tanner. Aside from the big-name producers, fans are looking forward to hearing more of Ortega’s inimitable voice, which is so simultaneously sweet and harrowing it turns you on and makes your hairs stand on end.

The record comes out August 7, which is around the same time she’ll be playing the Ink N Iron festival here in Nashville. This is the first time the music, tattoo, classic cars, motorcycle, and vintage fashion extravaganza has been held here in Music City, and it’s happening in Bicentennial Park August 6-9. Headliners include Merle Haggard, Coheed and Cambria, Sharon Jones and the Dap Kings, Wanda Jackson, Shooter Jennings, and many others. Ortega is due to play on Sunday, and you can pick up either single day passes or tickets for the full weekend here. Click through to listen to Lindi Ortega’s new song, “Ashes.”