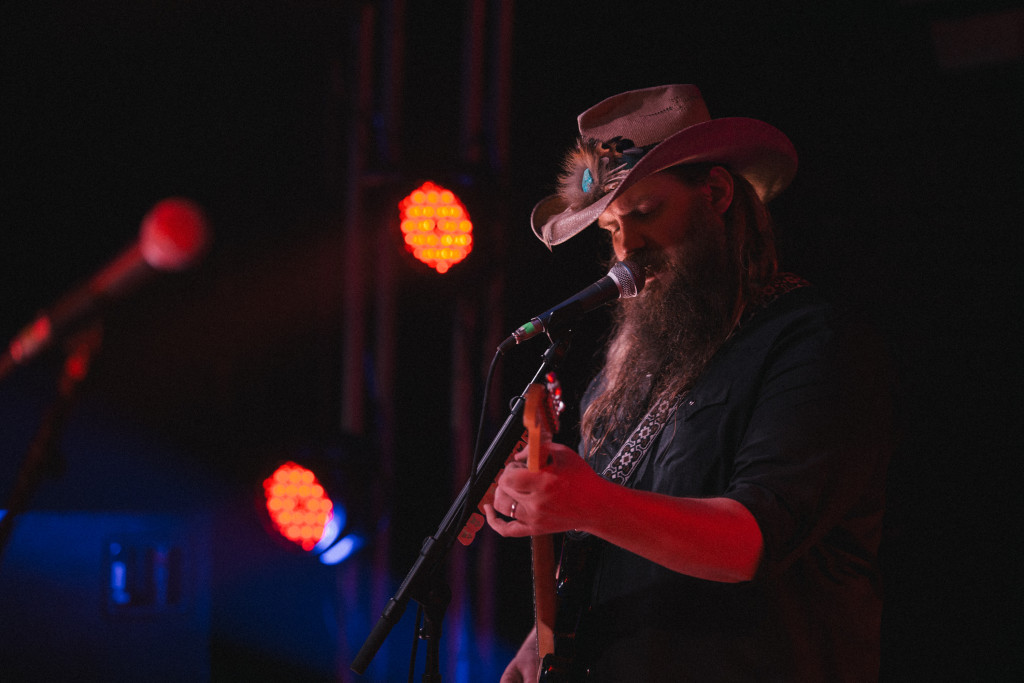 We were lucky enough to score a ticket to the first night of two sold out Chris Stapleton album release shows at the Cannery Ballroom this past Friday night as well as an invite to a pre-show reception upstairs at “One”.  As a result, we arrived early to find a line that stretched to the street.  Maybe this happens for all sold out shows, but we had never arrived this early before to confirm. I assume people just wanted to be as close to the stage as possible for this highly anticipated show.  We instead headed upstairs, and we were one of the first to arrive to an open bar and impressive food spread.  The reception filled quickly with recognizable music folks and “others”. I missed it if the opener had been announced earlier but it was  Aubrie Sellers, Lee Ann Womack’s daughter, so a few of us decided to head down to catch part of her set.

We told you about the new album and shows here (and again here) earlier, but read on for our full review and photos from Becky Fluke after the break.

Aubrie Sellers was a couple of songs into her set when we got downstairs, and the room was already pretty damn full.  Aubrie is a Nashville based country singer-songwriter, working on her debut album with producer Frank Liddel.   It was a very enjoyable set, and I am guessing that the majority of her songs are from that upcoming album. 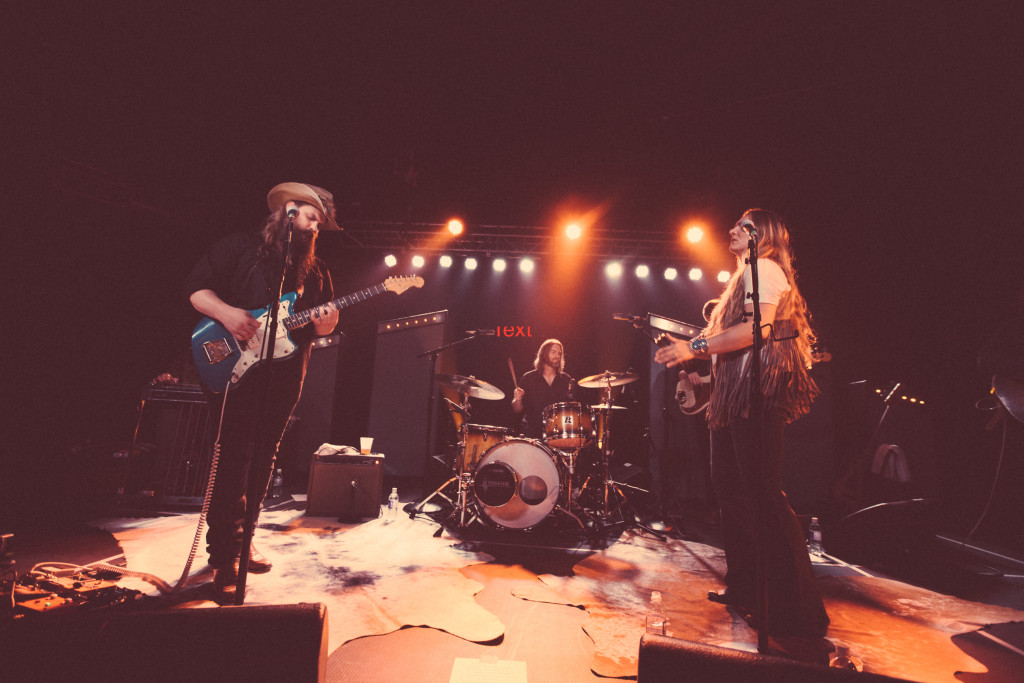 After a quick break, Chris Stapleton and band took the stage to a very enthusiastic crowd shortly after 9 pm. By this time, I had worked my way to the left side of the stage and had a good view, but it was a packed room so getting pretty warm.  Chris kicked off his set with “Nobody to Blame,” Traveler,” and “Fire Away” before launching into three (or four) straight whiskey songs…”Tennessee Whiskey,” “Dark Whiskey”, and “Whiskey and You”.   Some of the songs have been around for a while and/or previously recorded by others but it was still impressive to see and hear a good portion of the audience singing along.  At one point, Stapleton commented that it was “freakin’ him out” because it wasn’t too long ago that he was playing for six people at The Basement.  In addition to Chris on guitar and sandpaper with soul lead vocals, the band consisted of J.T. Cure on bass, Derek Mixon on drums, and Robby Turner on pedal steel with Chris’ wife, Morgane Stapleton, on backup vocals.  After “When the Stars Come Out”, I moved back towards the entrance to catch the rest of the show including album favorite “Sometimes I Cry” in a marginally cooler part of the room.

My first “exposure” to Chris Stapleton was seeing the Grammy-nominated bluegrass band The SteelDrivers perform at the Station Inn. Unfortunately, he’d already left the band by then, but you really can’t talk about them without his name coming up.  That was about five years ago but he has been writing hits for a while for some of the biggest names in Nashville and beyond (George Strait, Tim McGraw, Kenny Chesney, Luke Bryan, Adele) so the anticipation has been building for several years to release his very own album.  The album, Traveller, was inspired in large part by Stapleton’s coal miner father, who introduced him to outlaw country and classic R&B, before he passed away in 2013.  The album blends these influences and includes 12 original songs and two covers.  Nearly all of the album was recorded live in Studio A in the midst of the building’s sale and possible demolition. Traveller is sure to be on everyone’s top album list this year.  And, if you missed these shows, hopefully, you snagged tickets for the sold out show at the Ryman in October when he opens for Jason Isbell. 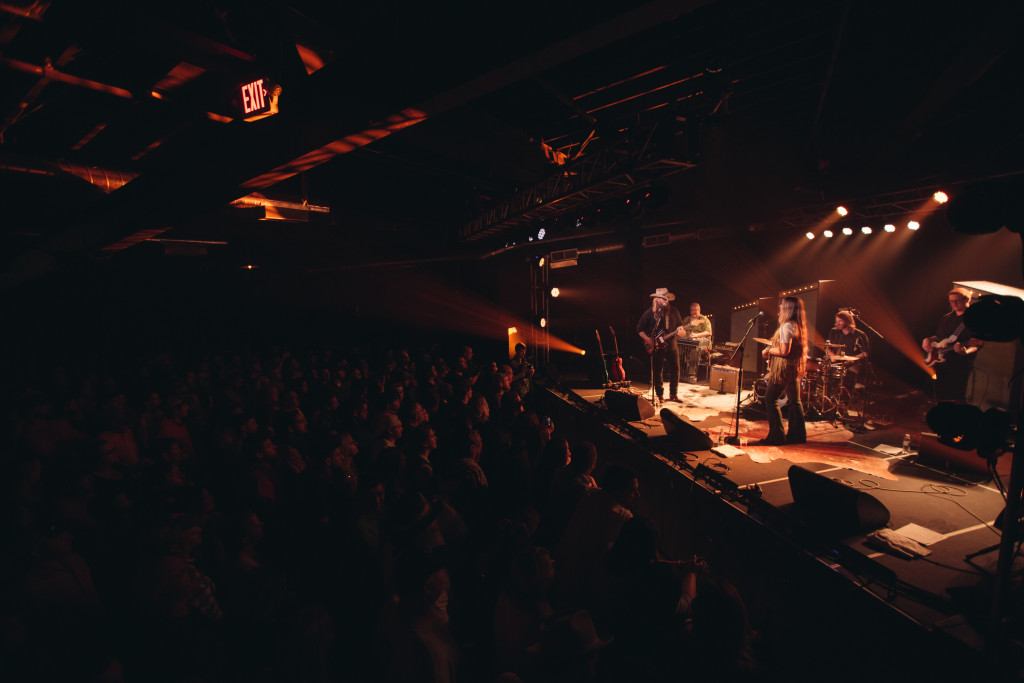