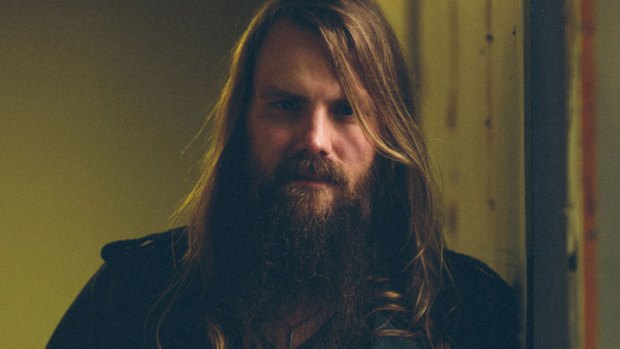 Just a quick reminder, that Chris Stapleton’s highly anticipated new solo debut album Traveller is being released today. He has two album release shows at The Cannery Ballroom on May 8 & 9 but, unfortunately, it looks like both shows are now sold out.  He’ll also be performing “Tennessee Whiskey” on The View this afternoon or, even better, make plans to see Stapleton at Louisville’s Forecastle Festival on July 18.

The new album is already receiving widespread acclaim including The New York Times praises, “On this howling, earthy, spacious album, Mr. Stapleton’s voice is liquor-thick and three-drinks limber. That’s not the modern country model of manliness, which is preening and glossy, but a reminder of the genre’s haggard strain that long predates it.” The album is streaming in full exclusively as part of the NPR Music First Listen series.  In the the event you are cutting back on your daytime TV watching, you can check out this audio cut of “Tennessee Whiskey” below.