This year’s Forecastle Festival already wowed us with their lineup announcement including headliners like Sam Smith, My Morning Jacket, Widespread Panic, Modest Mouse, and Cage The Elephant to name a few.  They also boasted a strong contingent of Nashville artists like Sturgill Simpson, Cherub, JEFF the Brotherhood, Fly Golden Eagle, and Diarrhea Planet on the bill.  Well, today, during their daily lineup announcements, they added even more acts to the already standout lineup including The War On Drugs, ZZ Ward, Robert DeLong, Mariachi El Bronx, Sister Sparrow & The Dirty Birds, Chris Stapleton, Lower Dens, Lizzo, Gabriel Garzon-Montano, Dr. Dundiff & Friends, and Fat Tony.  As well as more Nashville based acts in Earl Burrows and Jeffrey James.

Head below for some really nifty posters highlighting the daily lineups, and then make sure you have your tickets (single day tickets go on sale on April 10th) to attend the Festival in Louisville’s Riverfront Park from July 17th to 19th. 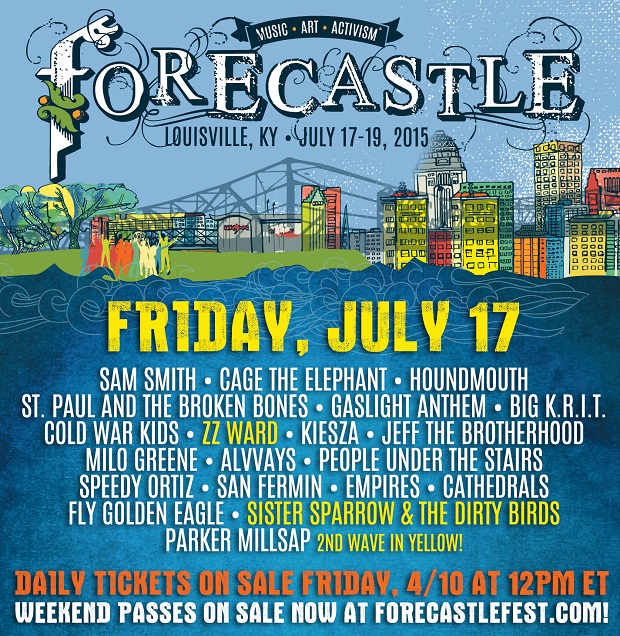 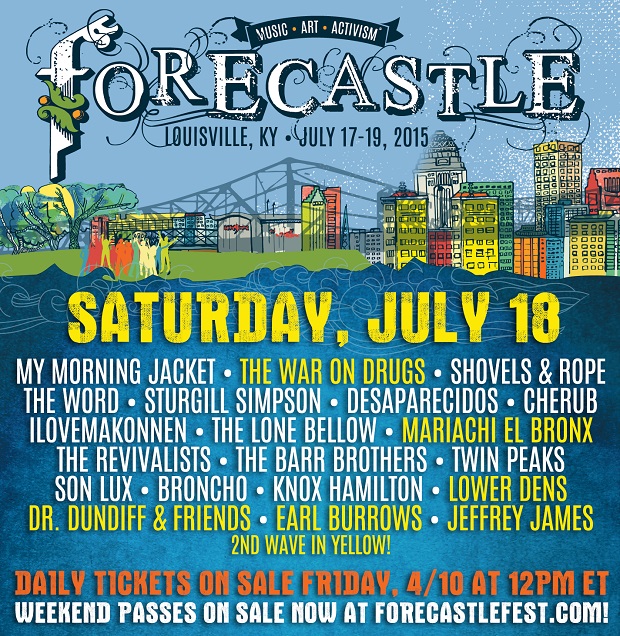 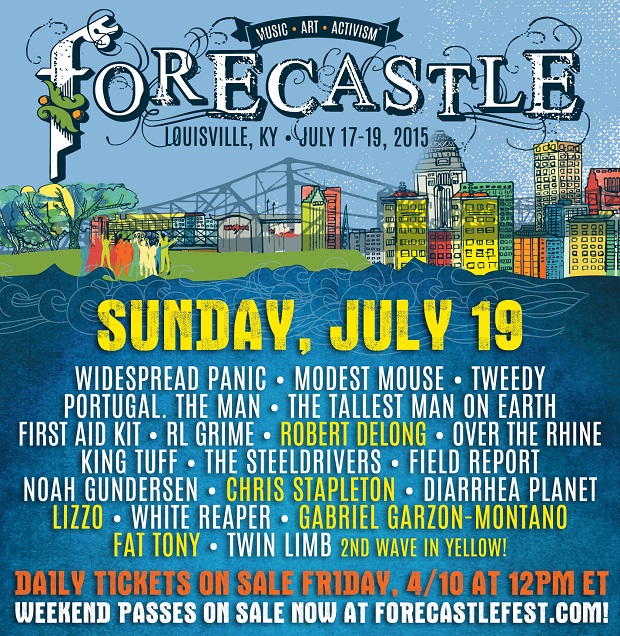