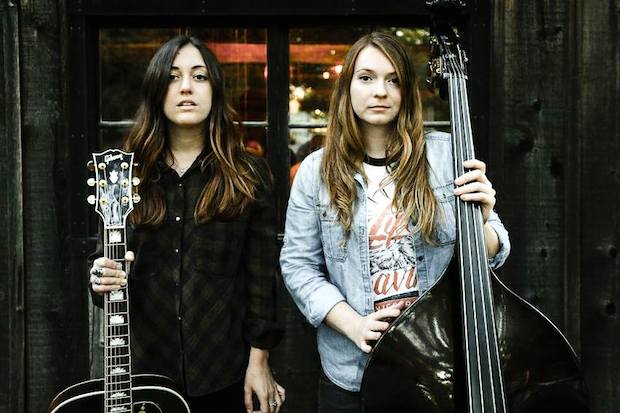 The Harmaleighs‘ Haley Grant and Kaylee Japerson already gave us a sneak preview of their soon-to-be released album, Pretty Pictures, Dirty Brush when they debuted their single “I Keep Ticking On.” Now, the girls have released a second song off of the upcoming LP. Titled “Doll Made of Glass,” this tune has more of a subtle power than the first single. The vocals give the impression of vulnerability while the music adds an element of sadness. Combined, they capture the listener’s ear, and you have to almost stop everything you’re doing just to let it all sink in.

With each song release, The Harmaleighs get us more and more pumped for Pretty Pictures, Dirty Brush which is set to debut in February of 2015. Bummed that it’s still a whole month away? So are we, but we’re hoping it goes by quickly!