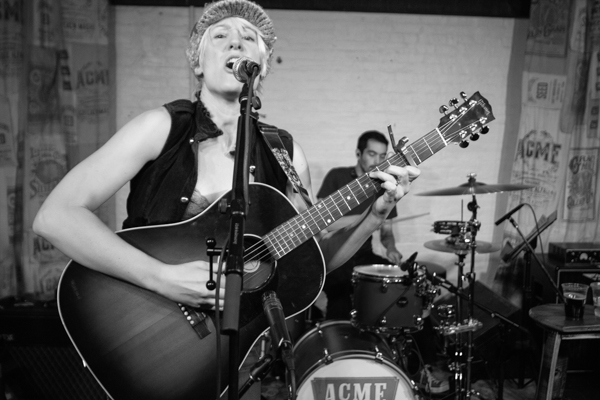 As of last night, we’re back on track with our weekly showcase series over at Acme Feed and Seed, following a brief holiday hiatus. This week’s event featured two fantastic female artists and their respective backing bands: Rae Hering and Anna Haas + The Effect. Both of these acts delivered on all fronts: stage performance, songwriting, and technical ability, amongst other factors. In fact, we couldn’t think of a better way to kick things off for the new year. After the jump, we’ve got our full review of each of the bands and some killer photos from Mick Leonardi, but in the meantime we’d like to remind you that next week’s free showcase starts at 7:00 down at Acme.

Between the Preds game and standard hullabaloo of Broadway, Nashville felt quite full last night, and the atmosphere inside of Acme Feed and Seed matched this intensity quite closely. As per usual, the tables were filled to the brim with both locals and tourists eager to hear some of Nashville’s finest up and coming artists. Fortunately, the first artist of the evening, Anna Haas + The Effect, more than satiated this desire. Whenever we’ve written about Haas and her band before, it’s always been overwhelmingly positive, but for good reason. On the surface, it’s easy to be impressed by this talented artist’s intelligent lyrics, but a deeper examination of the multi-genre influence on the music behind those lyrics also pays tribute to Haas’ high level of songwriting. In short, Haas and her band understand that music and performance are high level art forms that require sophisticated thought, and do their absolute best to achieve this. However, they don’t let this pursuit stand in the way of falling into a funky groove or having fun on stage. In fact, one of the most engaging parts of watching Anna Haas + The Effect play is simply watching them all run around the stage. Compared to many of the other acts around Nashville, these musicians are quite a bit more mobile, and while this does help draw the audience’s attention, it serves a far more important function: fun. This delicate balance between serious pursuit of music and having a blast not only characterizes this act, it actually does a fantastic job explaining why they’ve grown so successfully. 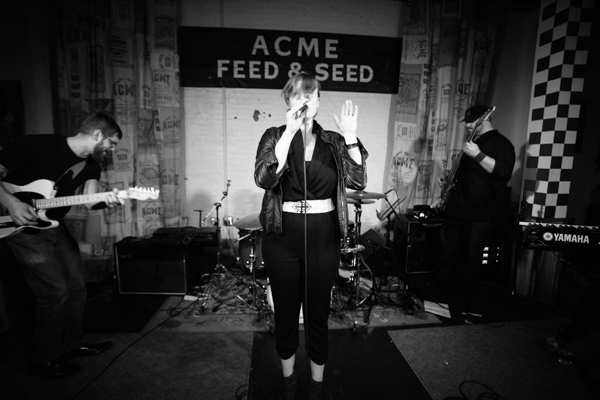 Following Anna Haas + The Effect on stage is no easy feat, and yet if there was an artist capable of it, it would be Rae Hering. This local artist, supported by a two-piece bass and drum backing band, jumps around between guitar, piano, and even accordion throughout the course of a set. Despite this, the music never feels jumbled; it’s clear that Hering has a very specific direction she wants the set to go, and both her and the rest of the band do a very admirable job transforming these ideas into a tangible show. Of course, Hering’s fantastic vocals served as a centerpiece for nearly every song of the set and provided a consistent theme for audiences members to latch on to. Fortunately, Hering possesses stunning vocal abilities, and both the dynamic and pitch ranges of her voice easily impress. Hering also employs a variety of clever lyrical tricks, including implementing a Shel Silverstein poem into one of the tracks later on in the set. Moreover, Hering’s backing band kept in lock the entire set, lending a groovy foundation to underscore Hering’s vocal melodies. In all, a successful set to be sure. 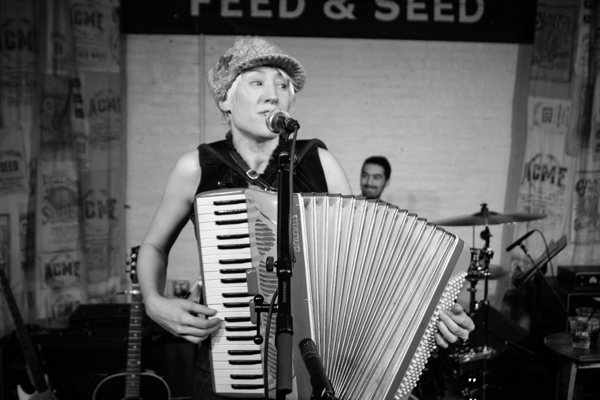 Being the astute No Country readers we know each and every one of you are, we’re sure we don’t need to remind you of these, but just in case: we’re having another showcase next Tuesday beginning at 7:00 over at Acme. It will, as always, be free to anyone and everyone, and we hope to see many of your shining faces there. Stay tuned for more details on the next showcase coming later this week.