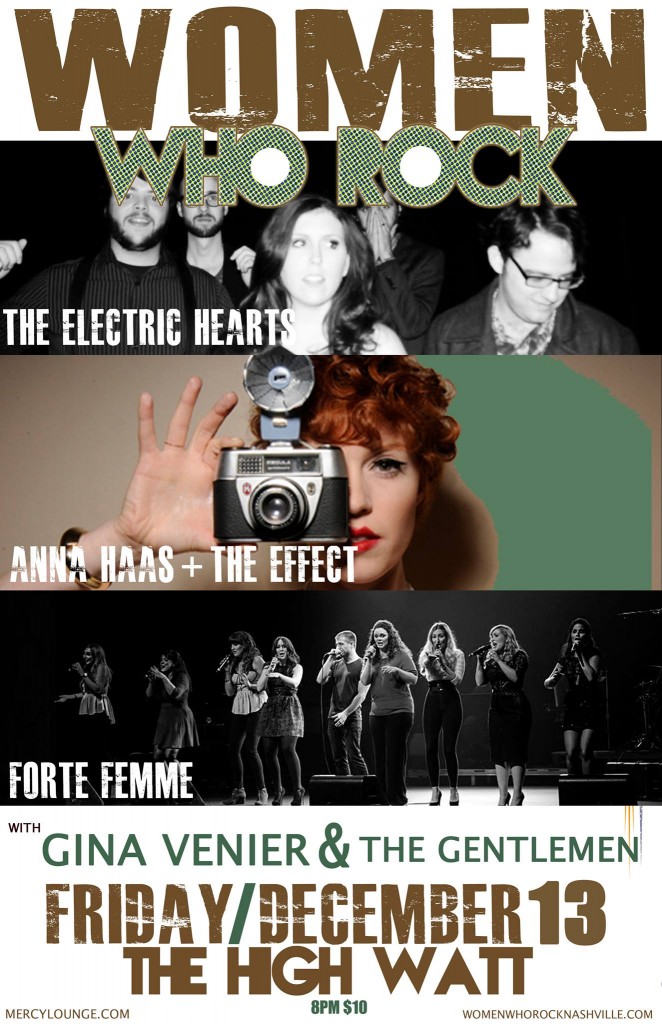 This week, we’ll be spotlighting a different artist each day leading up to the year-end event. Tuesday, we kicked things off with newcomer, Gina Venier, in a special interview conducted by WWR host, Anna Haas, and yesterday, Anna continued to do the honors as we helped you get to know the lovely ladies of Forte Femme. Today, the tables are turned and Anna answers a few questions for us!

No Country: We’re so excited for the year end Women Who Rock! Remind us how many showcases you’ve set up this year?
Anna Haas: I’ve set up a WWR show every two months over the last year, so this will be the fourth official showcase! I’m so excited to end the year with a bang. This bill is really quite incredible. We’ve been lucky to get some really amazing artists on the bills in 2013, and I have lots more planned for 2014!

NC: In what ways do you feel like the series has progressed?
AH: Well, the series started about a year and a half ago when I set up a bill with a couple of my favorite female musician friends, Cristina Taddonio (part of Forte Femme) and Fiona Culley. I was really just trying to think of a marketing angle for the posters, ha! But then, the idea stuck with me and I started to get really excited about putting more shows together highlighting badass women in different genres. It just took off from there and I’ve stuck with it.

I’m really passionate about bringing women together from different genres. I think it’s really important for women in the industry to support each other. There are far fewer female fronted bands than male, so there’s this myth that there’s a ton of competition and rivalry between women, to be the one that stands out, which is NOT true! Women want to come together to find ways that we can help each other all be heard. It’s awesome to see the lasting connections that have been made between artists on the different Women Who Rock bills.

NC: And any specific ideas for the new year?
AH: I’ve been reaching out to lady musician friends in different cities, and am hoping to take the series on the road. We already have one in the works for May in Asheville, NC with The Broadcast, who headlined April’s WWR this year. Also hoping to set up a WWR in New York and Chicago!

I’ve also got some pretty amazing artists lined up for Nashville in the New Year. I can tell you that New York rocker, Charlene Kaye, will be making an appearance in 2014! We’ve also got Mercy Bell and Alana Griffith in the books, and many more that I can’t yet reveal. I’m so excited! I’m also planning to set up one charity bill each year, donating all proceeds to a charity that helps women in need. I’d also love to take a condensed version of the show around to different high schools around Nashville, to inspire kids who are interested in doing music to keep at it! We’ve also got a couple sponsors interested in joining our team, so who knows where the road may lead! All I know is that I want to keep doing it for the sake of the music. There are so many possibilities.

Catch Anna and her band (plus all the other awesome acts) this Friday at the last Women Who Rock of 2013 at the High Watt – grab tix now! 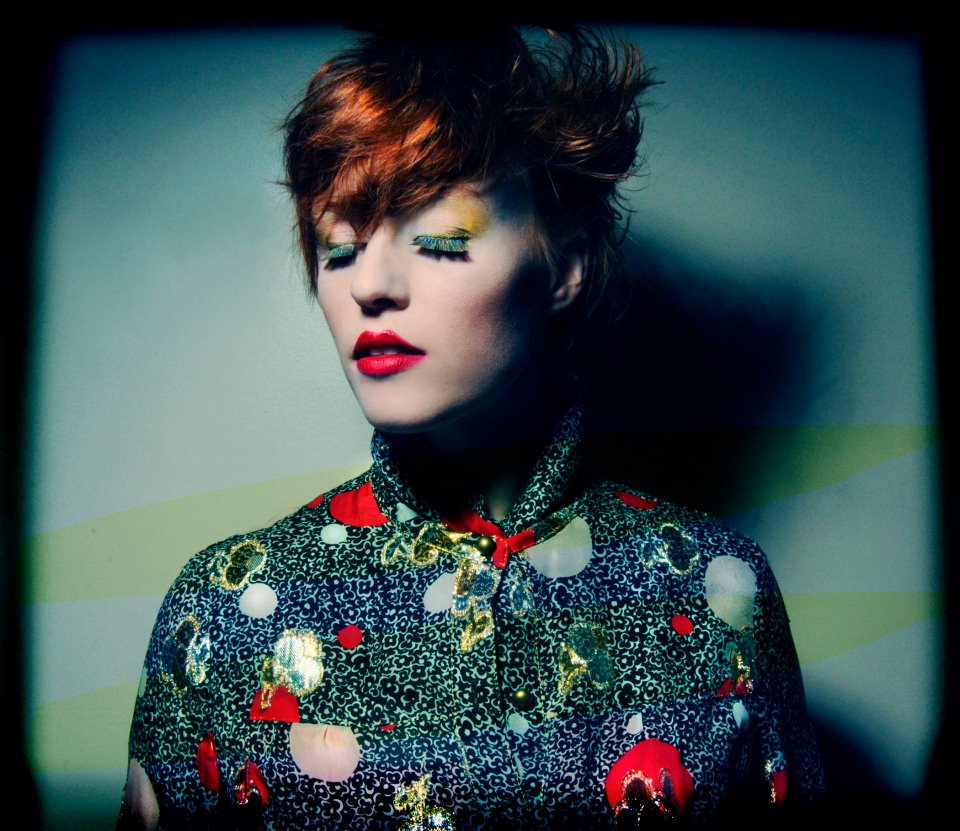