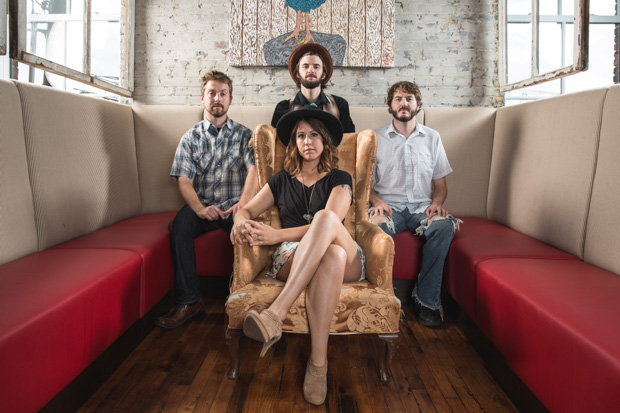 We are very sad to announce that The Oak Creek Band is packing up and moving to California this month, but at least they are going to leave us with a final show Friday (Nov. 14, 2014) with CIVILIAN and Scott Revey at Exit/In. They put together a great lineup for their last hoorah, and we are optimistic they’ll tour back through the area before too long, so we are managing to maintain our composure for now. They released a new single, “Glorietta,” this week (which we have embedded below) that beautifully demonstrates their ability to mix a number of influences, stretching from classic Motown to driving rock ‘n roll.

Check out after the jump for some audio clips and a few words on each act.

The Oak Creek Band, named for their original home of Oak Creek Canyon in Arizona, grabbed our attention about a year ago when we first saw them at The Basement. They had just moved to Nashville after some time in Colorado, and today they are packing up to move to California. It’s a shame because these restless souls have really endeared themselves to us with their two-pronged vocal attack (from husband and wife Daniel and Jenna Watters), their very talented band members, and a slew of great songs. They just released a new single, recorded earlier this year at The Sanctuary, which is posted below. Check it out, and you’ll see why we’ve grown so attached.

Civilian is a rock trio that recently relocated to Nashville from Florida, and we’re going to be watching them closely. They’ve got a great sound and lots of energy, so we expect great things from them.

We discovered Scott Revey the same night we first saw The Oak Creek Band at The Basement. We remember it vividly because his angelic, soulful voice immediately grabbed us. His tunes have a broad pop appeal with a hint of funk that will set the tone for a great night at Exit/In.

[Hump Day Diversion] Too Many Cooks