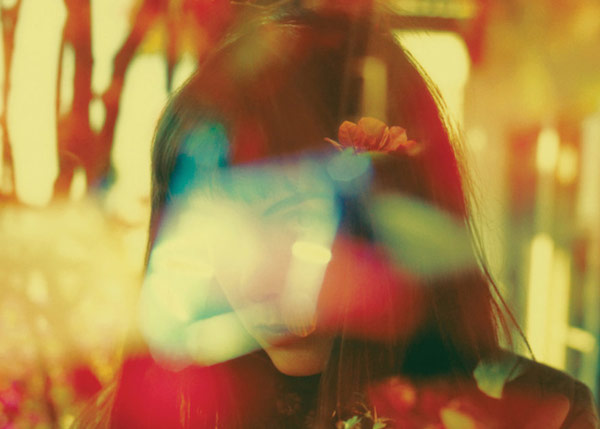 Los Angeles-based songstress Madi Diaz made waves while living here in Nashville from 2010 to 2012. With mesmerizing and quirky songwriting packed into albums Plastic Moon and We Threw Our Hearts in the Fire, Diaz caught the attention of Paste Magazine, American Songwriter, and Nettwerk Music Group. Diaz changed up her game with September 2014’s Phantom, which LA Weekly (rightly) calls “the most danceable breakup record ever.”

We chatted with Diaz about the irresistible new record, reminisced a bit about her time in Nashville, and discussed her return for a Nov. 10 show at Mercy Lounge

What are you looking forward to doing when you get back to Nashville?

Nashville is like your old high school boyfriend you could probably get back together with. I can’t wait to get back and see friends. Dino’s still around, right?

Good! I had my 23rd birthday in Nashville at Dino’s. I had a broken arm at the time, so I would hobble down, drink pitchers of cheap beer, and plan world domination with my friends. It’s only been a couple years, but it seems like a long time ago.

Are old songs appearing on your set with a pop treatment? What should we expect live?

I realize, with my old guitar player and collaborator, Kyle Ryan, we never got to have a whole band. I was never able to indulge in that. I’ve been playing with Jenn Stone, who is also a Nashville transplant, and we’re taking a full band with us. We’re working up a few of my older songs for the show, and we’ll mostly show off the new songs.

Why the move from Nashville to LA?

Living in Nashville, I was just set in my ways, in specific patterns. I just needed to physically remove myself. In LA, I didn’t have any baggage.

You told Noisey recently, “I think you realize so much about yourself that you wouldn’t have necessarily realized when you’re seeing yourself through someone else’s eyes. When they’re gone, you’re left with all the rest of it.” Can you elaborate on that?

We’re all changing and growing constantly. It’s interesting when you’re in a relationship, and you’re a little older. [In a recent relationship,] I was thinking out loud more than I ever had been. I was braver and more honest. In the end, it gave me more growth. The feelings were bigger, and everything was bigger. When it was over, I also had more to sort through.

This album helped me do that. I wanted to create something that was really true. Be it lush or sparse or the dark pulling feeling. It’s all there.

I heard you’re a Metric fan. What were you listening to when writing and recording Phantom?

Oh yeah, totally a Metric fan. They really let all of their lines and parts breathe so much. Everything comes from a melody. I was also listening to Nine Inch Nails, Garbage, Garbage 2.0, Genesis, Fleetwood Mac, and King Crimson.

Anything else you want Nashville to know?

I miss everything so much! I literally want to see Nashville faces. It’s the city that I think of every day. That city is still so close to my heart, and I expect to move back at some point.