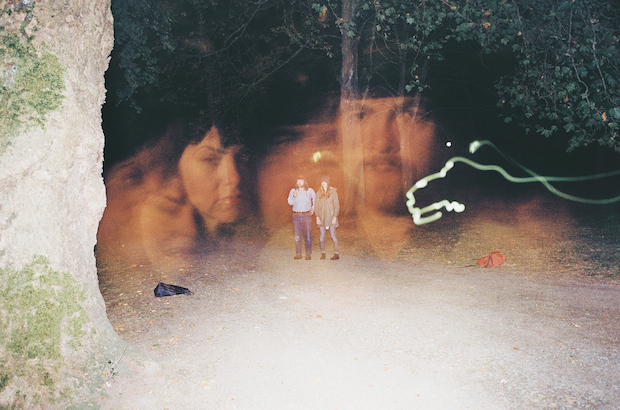 The acoustic campfire punk duo The Dutchess and the Duke are playing the Blue Room at Third Man Records this Friday, Oct. 10. The show will be equal parts a chance to see the a boy-girl band with pretty harmonies and minimal instrumentation, as well as get the full Third Man experience with the chance to hang out in the Blue Room, see a show that’s being cut direct-to-acetate, and buy a vinyl recording of the show on a limited edition black-and-blue LP directly afterwards. There will be a hotdog cookout hosted by Third Man at 6:30, if you feel like getting there early for some grub, and you can click through to learn some more about The Dutchess and the Duke.

THE DUTCHESS AND THE DUKE

In the venerable tradition of The White Stripes, The Dutchess and the Duke are a boy-girl duo who operate under the belief that less is more. Members Jesse Lortz and Kimberly Morrison have long been involved in the west coast punk scene, having participated in a bevy of punk bands over the past ten years, but this group sees them exploring more mellow sounds with similar themes. The Seattle-based band describes their music as essentially punk with the shouting replaced by harmonies and fuzz guitar riffs replaced by acoustic solos. If you want to hear some punk rock that sounds more at home being sung next to a campfire than at a dingy club, check out this pair. Notably, this will be one of the duo’s firs performances since going on hiatus in 2010.