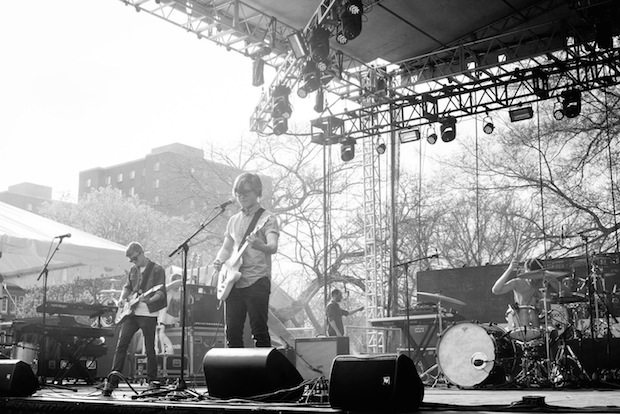 Young standout rock bands are par for the course in Nashville, but, we’ve been digging on this new single “Things Ain’t Right” from newly rebranded rockers Brave Town.  Those of you that have been in the know about these guys for a minute may remember when they used to operate as Wild Sun, but, those days are behind us, and it is Brave Town’s turn to shine.  This new single is a follow up to their previously released 2013 EP Favor, and the poppy take on Alt Rock is full of explosive guitar riffs, peppered with pop flavored keys.  Have a listen below to see what has had our attention for the past few days.

The band has only been around since 2013, but they’ve already played on some pretty big stages.  The biggest of which was probably the Vandy Rites Of Spring event, which they won a battle of the bands competition to participate in.  There are no dates currently on the books for these guys, but keep your ears peeled next month for a few rumored dates around town.