The cool fall temperature mixed with a lively event featuring dozens of hot wing vendors, craft beers out the yazoo (pun intended), and incredible live music brought us to our knees on Saturday night.  The Music City Hot Wing Festival was just what the doctor ordered for what felt like the first fall weekend of 2014.  Head below for a full review of the event, and for some incredible photos from Brian Hill.

We didn’t really know what to expect as we piled into our crowd sourced taxi on Saturday afternoon, because we were covering an event that is about as multi-faceted as it gets.  You have the obvious draw of the hot wings and the beers, but you also had hot wing eating contests, live music, VIP experiences, and more to contend with.  So, it’s not surprising that we arrived late and missed the first three acts that started at 11am.  As we arrived and collected our wristbands, Fabrizio And The Fever were on-stage entertaining the crowd with a mixture of original tracks and covers spanning the rock genre.  It was our first experience with FATF, and were honestly surprised by their late edition to the lineup.  However, it was what the somewhat sparse crowd needed to get into the mood and let the good times start flowing.

Fabrizio And The Fever. Photo by Brian Hill.

An hour and a half seemed like an awfully long time between Fabrizio and co-headliner Robert Randolph & The Family Band, but they filled the space with a slightly unorganized hot wing eating contest, which featured two big dudes, two skinny dudes, and a gal.  Needless to say, the odds on favorites were the big dudes, but the gal made them work for it.  Note: we tried the first hot wings that the contestants plowed through, and couldn’t imagine eating more than a bite of the volcanic chicken. 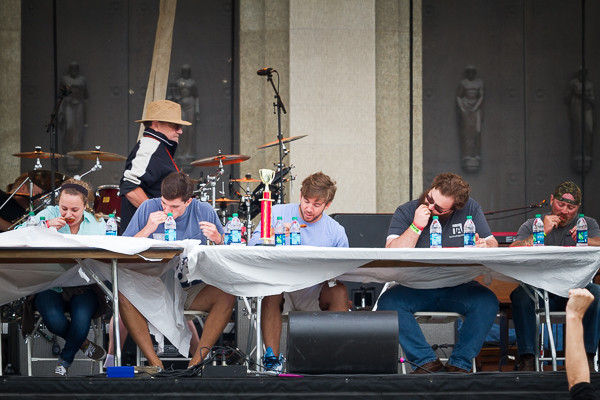 By the time Robert Randolph & The Family Band took the stage, the crowd began to swell.  Whether it was due to people appetites being satiated as they returned from the hot wing booths or just more people arriving to the event, the timing was perfect.  Randolph and his band of family members gave a blistering set of soulful rock jams, and, just as every time we have seen him before, absolutely mesmerizes with his ability on the pedal steel.  An hour and a half of playful banter and ferocious playing along with quite a few more libations was all it took to bring this festival up to the level that we expected upon arrival. 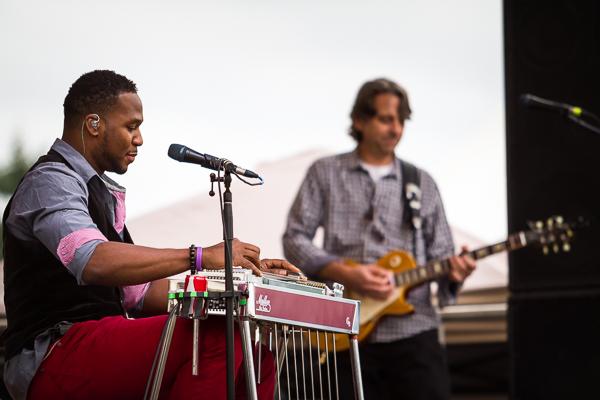 Between sets, we huddled around a couple of TVs that were set up in a spacious VIP area to catch some college football. While sports and music don’t always go together, the fine producers of this event thought of everything to keep their paying attendees feeling good. While a small glitch at the VIP bar produced a bit of unrest from a few of the inebriated, the promoters were quick to remedy the situation. 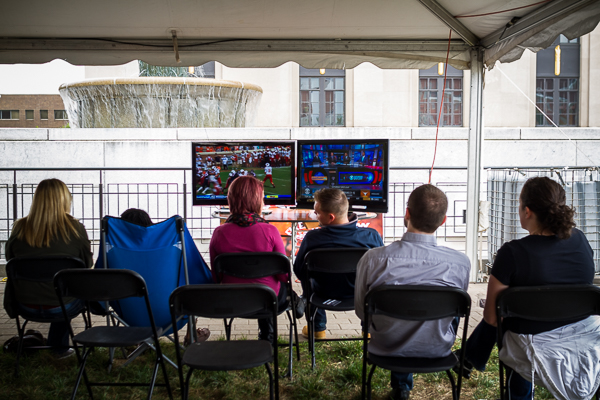 By the time JJ Grey & Mofro took the stage, EVERYONE was feeling good, but that only fueled the proverbial fire of the veteran rockers.  They churned through hits, crowd favorites, and even got Randolph on stage at one point.  As the evening progressed, the crowds thinned a little bit, probably for the same saturated reasons that we pulled up the anchor.  Gluttonous days like Saturday are not for the faint of heart, but the Music City Hot Wing Festival was a worthy excuse.  Here’s to future years of the growing festival, and thanks for having us. 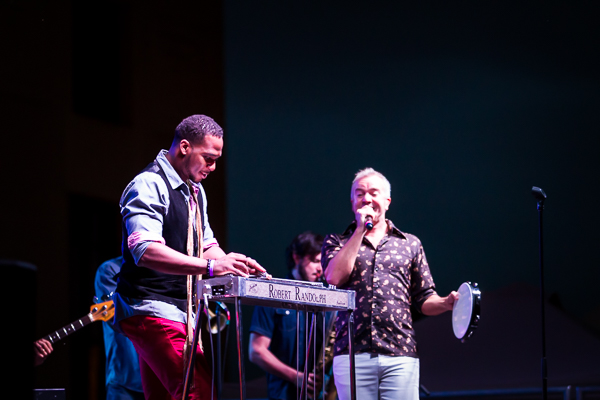