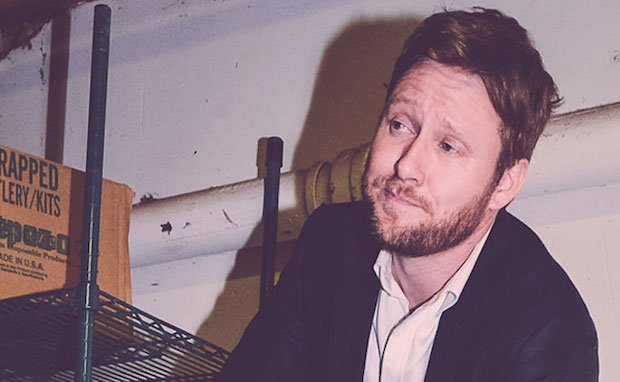 When do you stop calling underrated songwriters, well, underrated? Playing the underdog for so long, Cory Branan’s No-Hit Wonder album is rocking rave features across the country, with rosy-cheeked praise from Rolling Stone, Consequence of Sound, and the Wall Street Journal. This Saturday, August 23, we get a chance to toast to Branan’s success with his album release party at The High Watt. Tickets are still available for $10, the show starts at 9PM, and it’s 18+.

We also hear there’s going to be a helluva special guest, so read on for the full preview!

Cory Branan’s No-Hit Wonder is a personality-fueled work, telling colorful stories through flavors of punk, roots and southern rock. Branan plays the sly troubadour, the scorned lover, the troubled drunk, and your asshole best friend. The dude has the audacity to pass out with his feet up on his own album cover. No-Hit Wonder is full of wit that was once abundant in country music back in Cash, Parton, Porter and Lynn’s heydays. Nashville is more blessed than a preacher in a hot tub of holy water to have Cory Branan.

While we can’t give away the secret guest, just know that the album features Jason Isbell, Caitlin Rose, Tim Easton, and Craig Finn and Steve Selvidge of the Hold Steady. Get your tickets ASAP over here while they last.

Cory Branan’s album release show will be on August 23rd at The High Watt. The show is 18+, begins at at 9PM (doors at 8PM), and tickets are available for $10 at TheHighWatt.com.