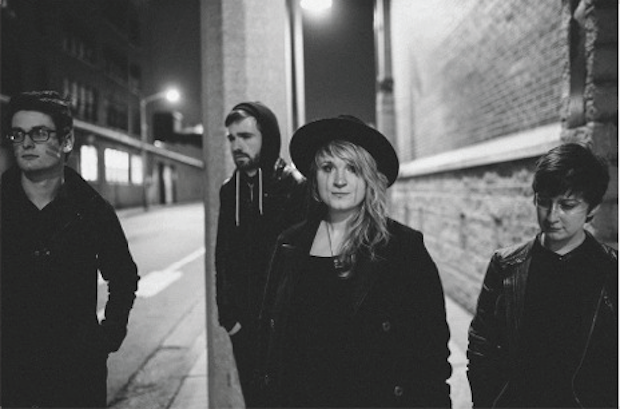 One of the greatest things about living in Music City is that if you miss an opportunity to see a band, nine times out of ten that artist will be putting on a show here again relatively soon. It hasn’t been long since we told you about Josephine and the Wildfront playing at Exit/In, and if you didn’t get the chance to see them (or if you’re dying to see them again, which we wouldn’t doubt), you’re in luck: the band, along with Idle Bloom and Other Colors, will be playing tonight at the Stone Fox. For just $5 (and a valid ID saying you’re at least 18 years old) you can see all three bands jam out on stage starting at 9PM.

If you’re looking for something truly unique and beautiful, then you’ve found it in Wildfront (fka Josephine and the Wildfront). As the brainchild of the founder, Josephine Moore, the group has grown into a band of four that specializes in alt-synth music. One of the greatest things about this Nashville band is that their music is universal for dancers and non-dancers alike. If you’re in the mood to sway along and bob your head to something immersive, Wildfront provide it. However, if you’d rather just let it wash over you, the group welcomes you to step into their world for one of their sets and just enjoy what you hear.

Nearly a year ago, fans thought that the psychedelic pop band Fancytramp had dropped off the face of the earth. In reality, the band simply rebranded themselves as Idle Bloom. The four piece group is based right here in Nashville, TN and has been working on material to present to you tonight, having just released a new single back in June titled “No Body/No Control.”

Future folk-rock group Other Colors comes to Nashville from Baltimore, Maryland to showcase their eccentric but catchy tunes. The quartet has been relentless in the pursuit of releasing new music, having already released an album earlier this year and gearing up to release a second one in October – and these are in addition to eight previously released albums/EPs between 2010-2013.

Wildfront, Idle Bloom, and Other Colors will perform on August 21 at The Stone Fox. The show is 18+, begins at 9:00PM, and tickets are available for $5 at the door.