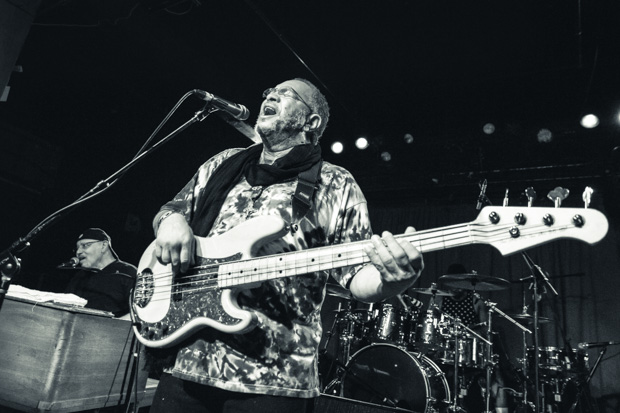 Assuming there is even the slightest amount of energy left in the tank after your work week, it’s typical to find a party on Friday night, and that is exactly what happened at Mercy Lounge when New Orleans funk masters Funky Meters rolled into town with locals DJ Kidsmeal and DeRobert & The Half Truths.  We have had the pleasure of seeing all of these talented acts on separate occasions, but this night SCREAMED party.  Head on down below to hear a bit more about how it all went down, and to catch some photos from Sundel Perry Photography. 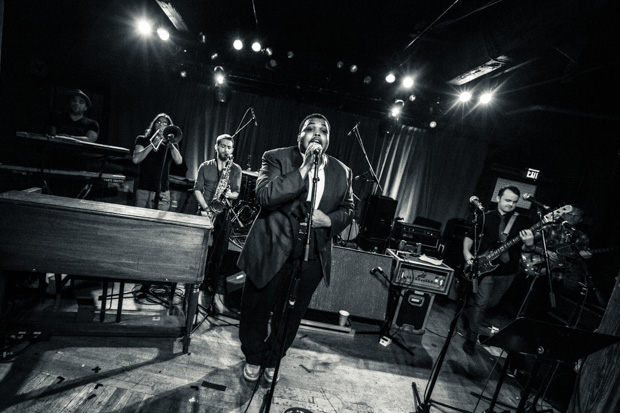 Upon our arrival at the top step into Mercy Lounge, it was clear this was not just another night at the stand out Nashville venue.  This was going to be a party.  Nashville’s own DeRobert & The Half Truths were absolutely owning the half full crowd that already appeared to be in “high” spirits as we settled in, and, within minutes, we found that evening’s promoter.  The show was really more of a wedding reception, but this come-one-come-all approach turned out to be the only way that a one-off with The Meters could be affordable.  Couple the wedding reception vibe that accounted for about 150 of the tickets with a frat party that scooped up another 150, and you were already guaranteed that the crowd was going to be pretty wasted for this show.  Luckily, the spirits were all kept in check by the soulful rocking of DeRobert and Co.  These guys are about as talented as it comes around Nashville in the retro soul department.  In speaking to DeRobert afterwards, the always humble frontman thanked us for coming, and was just appreciative that anyone would listen to the music that he cared so much about.  That’s always such a breath of fresh air, and makes us wonder when we can get him and his crew down to ACME for a Tuesday evening show. 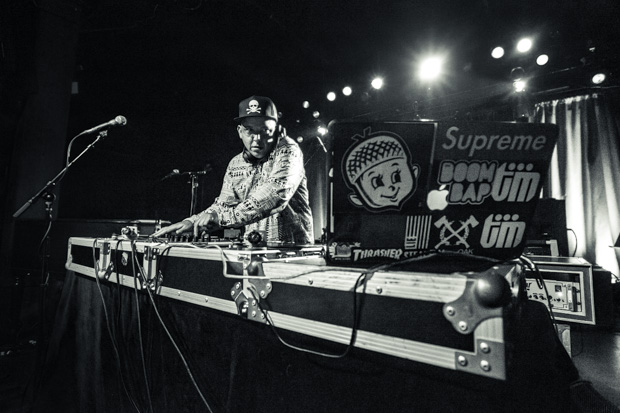 In a somewhat strange turn of events, DJ Kidsmeal took to the stage in middle relief.  Even before arriving at Mercy Lounge on Friday night, texts were flying from those in our crew that were attending asking if Kidsmeal was doing a late night set or DJing between sets, the assumption was that it would be between sets and then a bit afterward to keep us drinking on Cannery Row.  Wrong.  Kidsmeal was there to keep the crowd moving until the headliners came up, and it provided a great chance for us to get up close to see him work.  A blur of knobs and hands and records, Kidsmeal further reminds nay-sayers that DJ’s are musicians, and, to anyone that thinks they aren’t, feel free to hop up on stage and keep a crowd moving for an hour with only two turntables and a mixer.  Right, you can’t. 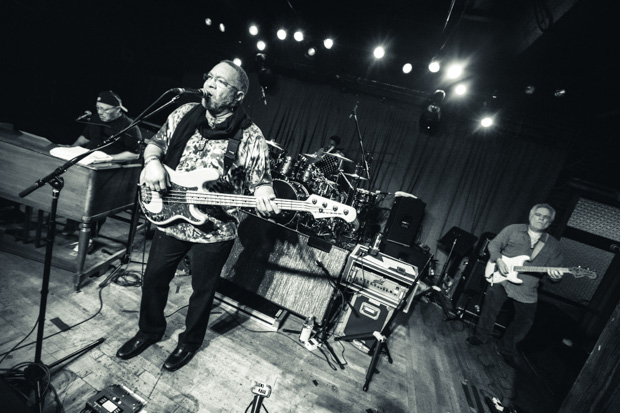 The Funky Meters were slated to take over upon the arrival of the wedding attendees around 11:30pm.  Honestly, we’re not sure what time they actually started, because, by this point, we were in full party mode with new friends all around.  Once they did fire it up, there was no mistaking it.  Blasting through funky grooves that took me back to being a freshman in college pretty much following bassist George Porter Jr. (and [his] Runnin’ Pardners) around to any venue they were playing.  Porter Jr. and Art Neville are the only remaining members of The Original Meters, but they teamed up years ago with Brian Stoltz and Russell Batiste to keep this seminal funk music alive for future generations to hear.  In the dozen plus times I have seen the Funky Meters (or the Original Meters featuring Leo Nocentelli and Zigaboo Modeliste), it is clear that these timeless master musicians are down to make you party.  In the blurry early morning hours, we filed out of Mercy full of smiles and joy… and booze, thinking to ourselves… who’s the bad-ass that got the Funky Meters to fly to Nashville to play his wedding.  Bravo.  You inspire us.

1. De Robert & The Half Truths. Photo by Sundel Perry.

2. De Robert & The Half Truths. Photo by Sundel Perry.

3. De Robert & The Half Truths. Photo by Sundel Perry.

4. De Robert & The Half Truths. Photo by Sundel Perry.

5. De Robert & The Half Truths. Photo by Sundel Perry.