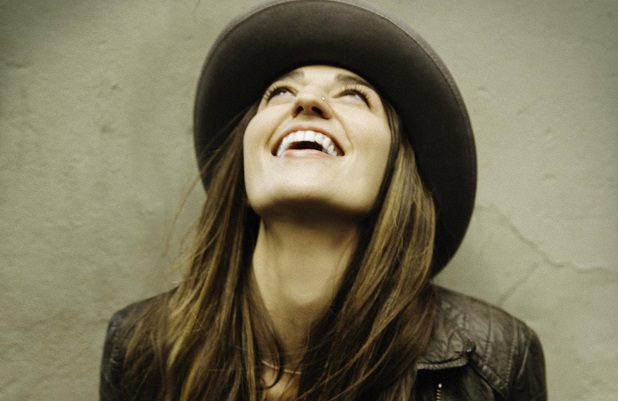 This 5 piece indie pop/rock group out of Brooklyn, NY, consisting of Jesse Wolfe, Holly Laessig, Dan Molad, Peter Lalish, and Andrew Burri, carries the infectious nature of an arms up, head swinging good time. They have been described as, “luscious, luminous, little lullabies” by New York Times, attributed for their, “charm and charisma” by NPR and Rolling Stone called them, “the best band you may not have heard yet”. But, here in Nashville we have the good fortune of being presented a slew of new music through our friends at Lightning 100, so if you are an avid listener then I’m sure you are more than aware of this inventive pop dynamic, Lucius.  They also enchanted us with their recent Forecastle performance.  Check out their contagiously popular music video for the single “Turn It Around” off of their debut album Wildewoman.

Hannah Georgas isn’t a new name to us here at No Country. If you don’t remember we recently had the pleasure of sharing the Avenue remix of Georgas’ single “Somebody”. This Canadian pop/rock heroine has been gaining traction like wildfire. She has received past recognition from the 2011 and 2013 Juno Awards in the categories of “Best New Artist of the Year”, “Songwriter of the Year” and “Best Alternative Album”. There is a level of angst built into the songwriting of Hannah Georgas mixed in with the sweet sensations of a hauntingly beautiful voice. This is ever so evident in her original single of “Somebody” off of the 2012 self-titled release Hannah Georgas.

This multi-faceted singer/songwriter, instrumentalist, and actress has been grinding out an inventive and organic path of deep hitting, pop/piano rock, songs since 2002, and we have the amazing opportunity of catching her at The Wood at Fontanel tonight. This is an event that will not want to be missed. Reaching mainstream success in 2007 with the hit single “Love Song” that I am sure almost all of you are familiar with, Bareilles has been releasing new and exciting pieces of masterful songweaving over and over again. From the first single off of Kaleidoscope Heart, “King of Anything”, to the award winning “Best Pop Solo Performance” of “Brave”. To put it short, Bareilles is a pro, she brings an interesting atmosphere of wit, charm, charisma, humor and undeniable talent to the game that is worthy of respect. Here is the piano rock dance pop single “Brave” for your viewing pleasures. Enjoy, and make your way out to The Woods at Fontanel tonight at 7 PM for this incredible lineup.

Sara Bareilles, Hannah Georgas, and Lucius will perform TONGIHT at The Woods at Fontanel. The show is all ages, begins at at 7 PM , and tickets are available here.