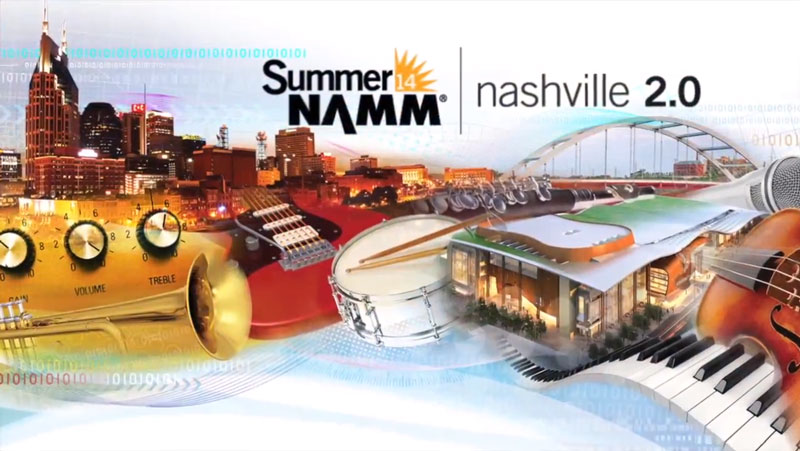 It’s mid-July, and that means two things: (1) it’s still continuing to warm up and (2) it’s time for the Summer National Association of Music Merchants (NAMM) Trade Show. This will be the second year in a row that the conference is being held in the new Music City Center. Much like a goldfish moved to a larger fishbowl, Summer NAMM, often considered to be the much smaller sibling to Winter NAMM (held in Anaheim, CA), has grown considerably since last year. 11,000 registrants will descend on Music City Center this week, and many more will attend on Saturday, known as Music Industry Day, which is open to the public.

Come on down if you want to rub elbows with local greats like Victor Wooten, Vince Gill, Johnny Hiland, and JD Simo (to name just a few of the regulars we see every year). There is so much going on these next few days, we couldn’t dream of posting about it all. And of course there will be new, shiny music gear everywhere! Click below after the jump for links to some of the exciting events they’ve planned for us.