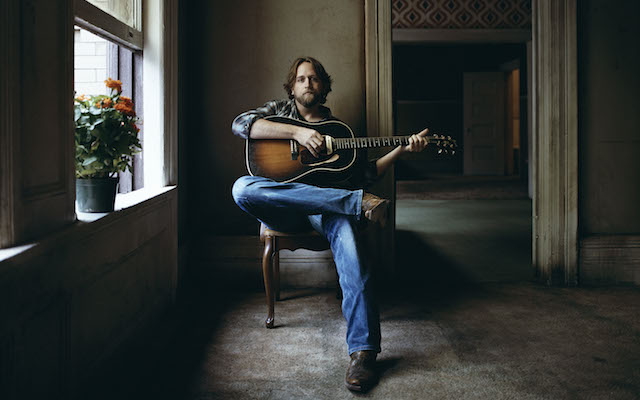 At last week’s Nashville Dancin’, we got down to some pretty groovy funk, but this week is coming back strong with a genre a bit more familiar to the Nashville scene: the singer-songwriter. Tonight’s installment of the free concert series will see Hayes Carll, Rayland Baxter, James Wallace and the Naked Light, and The Oak Creek Band all perform their honest, heart-wrenching works live on the stage at Riverfront Park, right off Broadway. This will likely prove to be quite a powerful show from the very beginning, which is why we’re encouraging you readers to get out there from the start of the music at 6 p.m. (doors at 5 p.m.). In order to get the most out of tonight’s show, it’ll help to know a thing or two about each of the acts; after the jump we’ve got a couple words on each of tonight’s bands to get you nice and educated before the show.

The headliner for tonight’s performance is esteemed songwriter Hayes Carll. Despite being born in The Woodlands, Texas, Carll has quite a following here in Nashville, and it’s pretty easy to see why. His Southern roots have a way of slipping into the acoustic singer-songwriter music he plays, and the combination proves to be pleasant to the ear for fans of all genres. Carll has especially made a name for himself with his entertaining and occasionally provocative lyrics, so be sure to pay special attention to what this performer discusses during his set this evening.

While Hayes Carll does fits in well here in Nashville, singer-songwriter Rayland Baxter embodies the spirit of Tennessee like few others. The songwriter grew up in Bon Aqua, Tennessee, and after spending some time abroad, has returned to Music City with scores of well-written, provocative songs. Since Baxter’s EP Ashkelon dropped last year, his reputation has grown steadily, likely due to the strength of his lyrics and the tight interplay between his vocal melody and guitar accompaniment. Baxter will likely play with a full band this evening, which should be a treat for all attendees, so be sure to come out and catch his set.

JAMES WALLACE AND THE  NAKED LIGHT

Our second act from the evening also claims Nashville as their hometown, and go by the name of James Wallace and the Naked Light. While the first two acts we’ve discussed in this piece employ a more traditional singer-songwriter in their tunes, James Wallace and the Naked Light will likely appeal to younger crowds, especially those with a penchant for indie folk. The witty lyricism is only matched in scope by the complex instrumental arrangements found throughout their tunes; drawing on influences from gospel to African tribal music, a variety of interesting musical trends rear their heads in this act’s set. For this reason, we know their performance tonight will be something worth seeing, and encourage you to show up early enough to catch it.

First on the lineup this evening is The Oak Creek Band, who relocated here to Nashville from Arizona last year to be closer to the heart of the Americana rock movement they are a part of. The group’s tunes are both unique and very familiar, and tend to take on a more atmospheric tone than many similar artists. Tonight, there is word that the group will be jamming with a  full horn section, keys player, and percussion. This accompaniment will no doubt change up the vibes of their set, which means that for both fans and newcomers, this should be a rather interesting set to witness. It all goes down at 6 pm, and we expect to see each and every last one of you out there.

Hayes Carll, Rayland Baxter, James Wallace and the Naked Light, and the Oak Creek Band will perform TONIGHT, July 17, at Riverfront Park. The show is all ages, begins at 6 pm (doors at 5 pm), and is free.