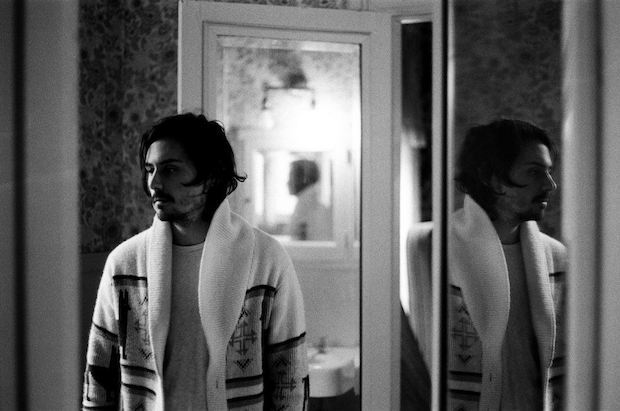 Ever wonder what it’s like to patch up an old double-wide trailer, move in and make a record? Songwriter Joseph LeMay did just that for his new album, Seventeen Acres. Joseph will share the songs that came out of the experience tonight at The Basement. The show starts at 9PM for a mere $5. Charlie Whitten, Lilly Hiatt and Matt Reid will join LeMay. Read on for the full rundown.

Shortly after getting married, Joseph LeMay inherited a West Tennessee farm around Dyersburg. There, he cleared old boxes and a few snakes out of an abandoned trailer. “It was like sitting under a magnifying glass,” says LeMay of the isolation of rural Tennessee. “I was constantly alone and in a period of self-doubt. I was worrying how I would measure up as a new husband, more or less thrown out in the wilderness.” These experiences fed the creation of his first full length effort.

The result is a satisfying and intriguing piece of alt-country and Americana. Seventeen Acres matches engrossing stories with intimate harmonies, comforting keys and confident guitar strokes. Take a look at the live cut of “You Still Do It”, which was filmed in the same trailer the record was written.

Local songwriter Charlie Whitten isn’t a one man show. “Any Charlie Whitten album has to sound like a band album,” he explains, “and I didn’t want a band of session players. I wanted a group of friends, of creative thinkers who could play the songs with feeling.” That’s why Whitten formed a talented circle of friends to cut his latest release, Hey Love. Listen to the track “Lefty Lover” gallop along.

Lilly Hiatt rocks a guitar-driven country sound that is bound to get the Basement moving. With inspirations ranging from Lucinda Williams to Pearl Jam, Hiatt’s catalog certainly doesn’t lack diversity. This year, she nailed a Music City Roots performance and released an Attic Sessions video. We’re digging the track “Big Bad Wolf” for its badass attitude and raw riffs.

Joseph LeMay, Charlie Whitten, Lilly Hiatt and Matt Reid will perform on tonight at The Basement. The show is 21+, begins at 9PM (doors at 8:30PM), and tickets are available for $5 at the door.