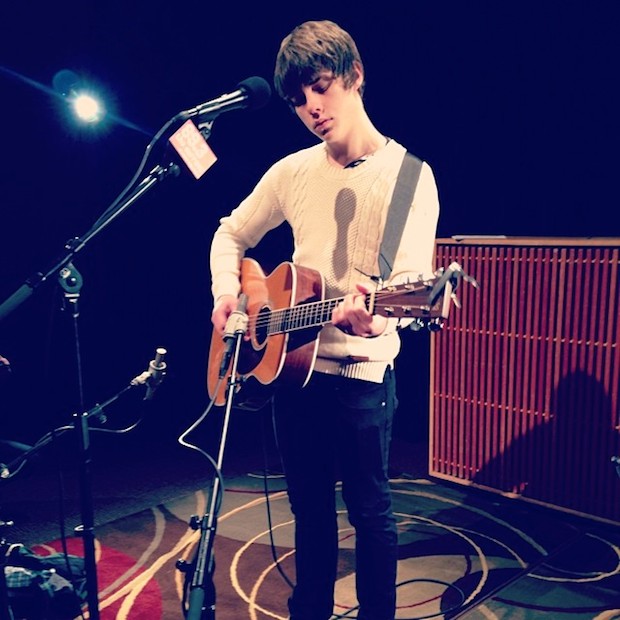 Very few artists have burst onto the scene in the last two years like Jake Bugg. At the INCREDIBLY young age of 19, the English singer-songwriter, neo-folk crooner has already charted a number one record at home (his 2012 self-titled debut), been nominated for a BRIT award, toured the world in support of acts like Noel Gallagher and The Rolling Stones, and last summer he struck gold with the American market, thanks in no small part to the smash single “Lightning Bolt”. We’re sure you’ve heard it before, but find it below for another listen.

Seems impossible that so much could be accomplished so quickly, but Bugg isn’t even close to slowing down. He’s already released a follow-up album, Shangri La (2013), which was recorded with Rick Rubin (yes, that Rick Rubin) in his Shangri La studio. That’s the very same studio some guy, who Jake just happens to write and sound a little like, named Bob Dylan and The Band recorded in. Still un-impressed? In addition to popping his Bonnaroo cherry (he’s already played massive fests in Europe like Glastonbury) this summer, he’ll also be the opener for part of local heros The Black Keys up coming Turn Blue tour, and has yet more new music coming out. Check out the video for the title track of his newest EP Messed Up Kids, featuring previously unreleased tracks from the Shangri La sessions, and take time to realize how amazing this guy really is when you seem him perform live!

Stream the New Single from Adam & I, "We Have Love"